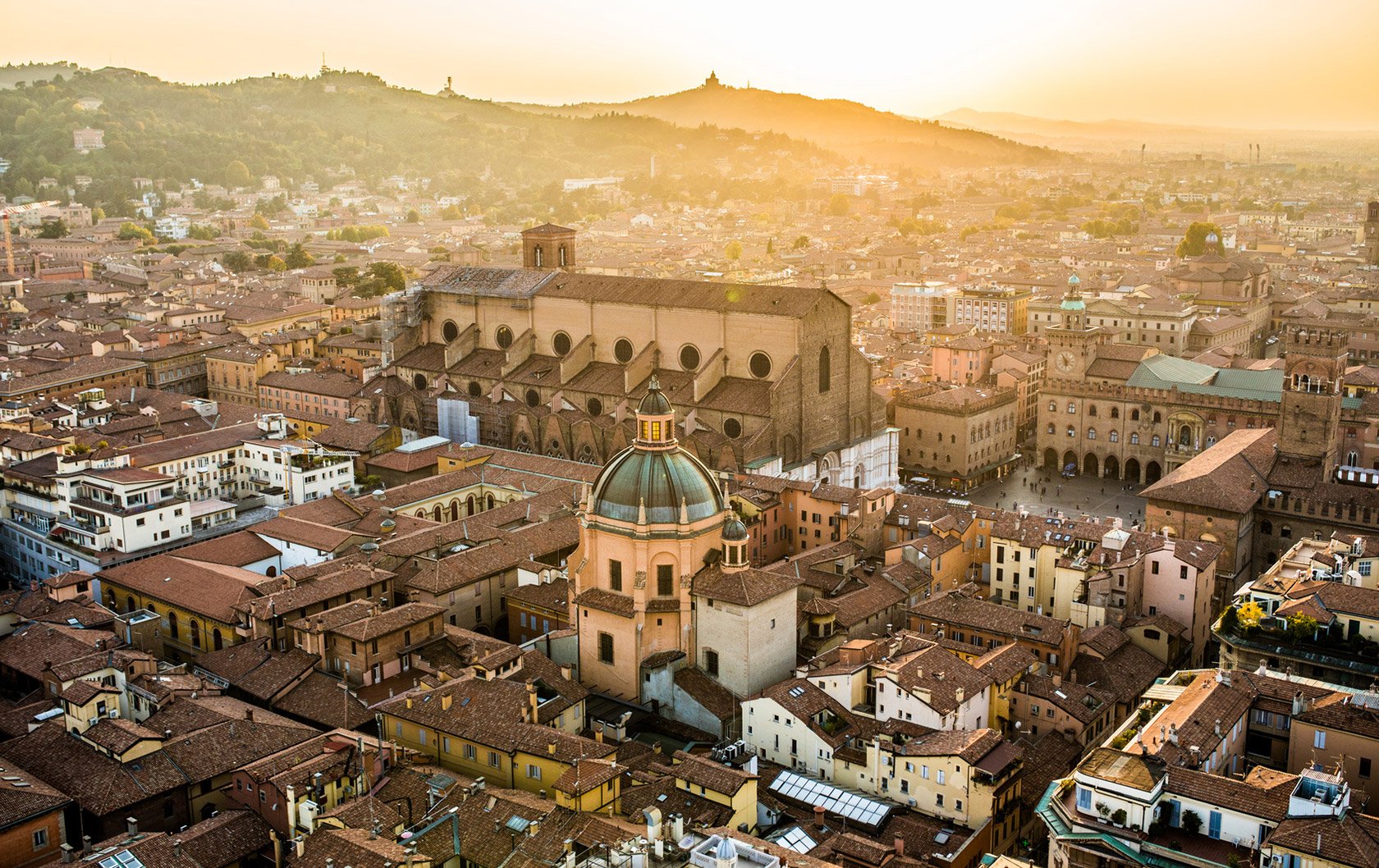 Bologna is one of the fine cities of Italy, very much worth a visit. The trip from Florence is only 35 minutes by train from Firenze Santa Maria Novella to Bologna Centrale station, with a train about every 30 minutes. You can buy the ticket directly at the train station or online at this link. 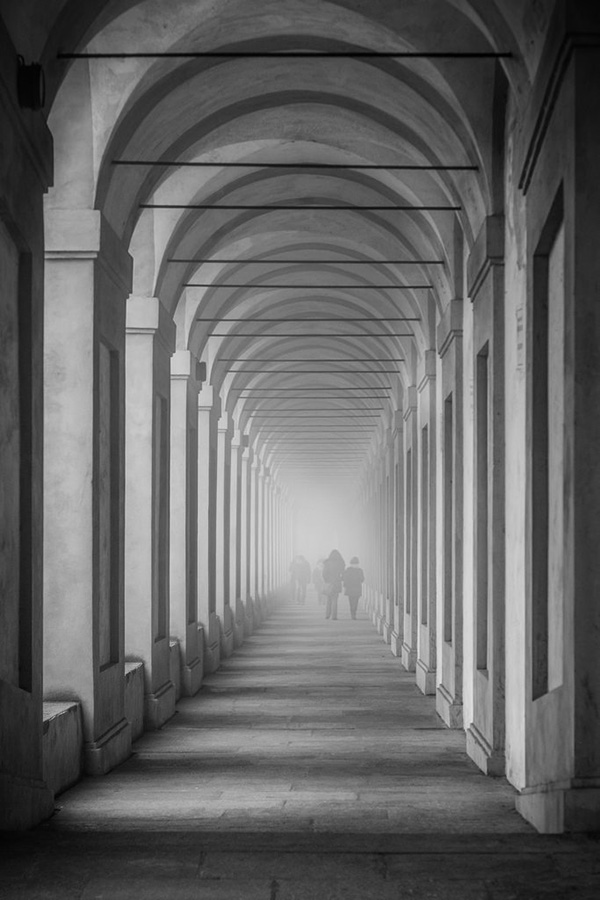 The iconic porticos of Bologna make for stunning photographs year-round.

Bologna has a homey, welcoming feeling. Its historic center is small enough to be covered entirely on foot; all the main attractions are concentrated there. The best way to appreciate this beautiful city is to wander around letting the porticoes (covered walkways) guide you.

Bologna is known for its porticoes, having more than 38 kilometers/23 miles in the historic center alone, as well as the longest portico in the world (4 kilometers/2.5 miles). This makes it especially attractive for a visit on very damp or hot days.

You can easily join a tour of the city for best appreciation of all of its delights with a Food Walking Tour, Porticoes Tour, Wine Tour and more! On this link is a practical guide of Bologna sights.

Piazza Maggiore is the main square of Bologna, and it’s the home of the Basilica di San Petronio and the iconic Fontana del Nettuno (fountain and statue of Neptune).  Here is the heart of the city, and is always animated by locals, tourists and university students –- Bologna is a major university location in Italy. 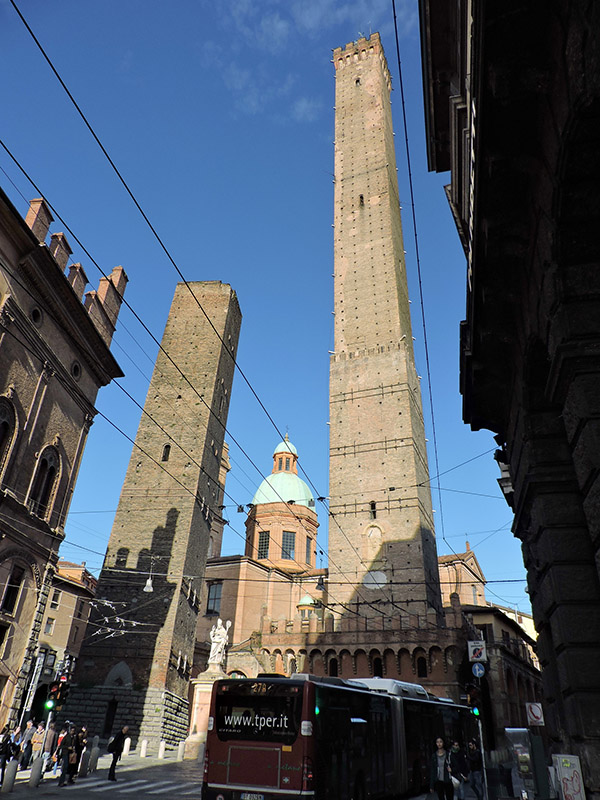 The towers of Bologna

Another symbol of the town are the two towers, one leaning!, in Piazza di Porta Ravegnana, called Garisenda and Degli Asinelli, built in the medieval era. They are the most famous of the 24 towers that survived the 100 that were constructed around the city in between the XII and the XIV centuries. You can climb them to enjoy a magnificent aerial view of the city.

Another place that is worth mentioning is Piazza Santo Stefano, home of the Basilica with the same name, also known as the “seven churches” complex. A visit inside is strongly encouraged, but don’t forget to enjoy the quiet and somehow magical atmosphere of the square, especially on a sunny day.

Visit the Anatomical Theater from the 1500s inside the medical school of the university. It is fascinating. This is where professors taught anatomy to the medical students, demonstrating in a beautiful wooden amphitheater. Imagine attending lessons there by candlelight! 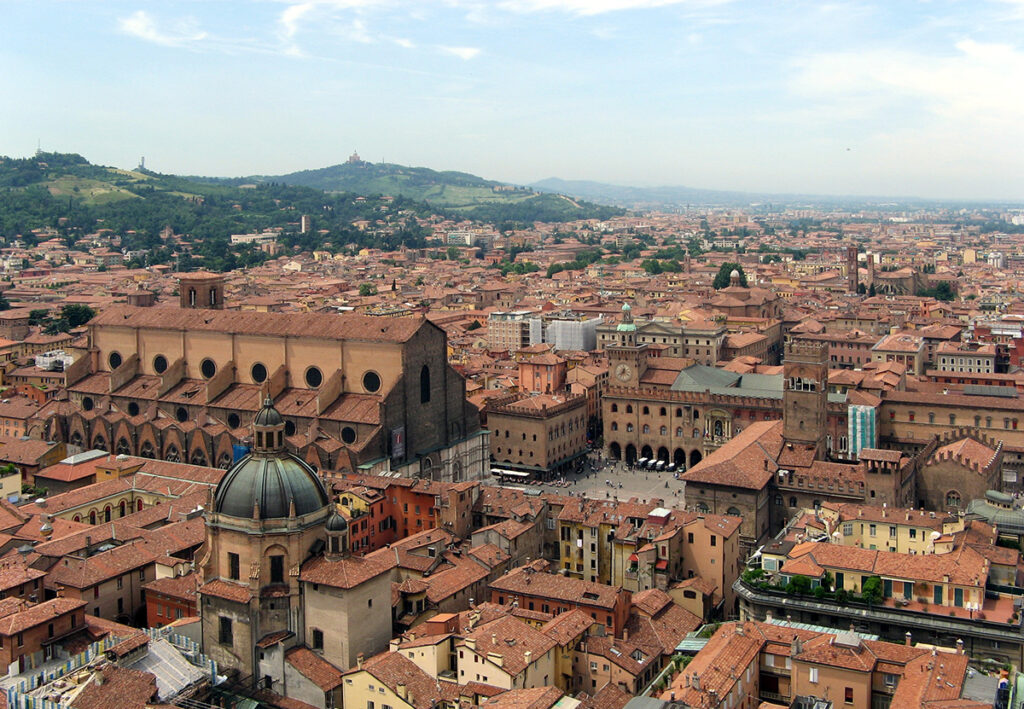 Aerial photo of Bologna’s main piazza and the cathedral.

Bologna is also famous for its cuisine, considered one of the best in Italy.  Enjoy a lovely meal of typical Bologna dishes like Tagliatelle alla Bolognese and Polpette alla Bolognese (meatballs).  This link goes to a good overview of the famous foods of Bologna. We recommend Osteria dell’Orsa (Via Mentana, 1 – 40126 Bologna) or Annamaria (Via delle Belle Arti, 17/A – 40126 Bologna).

On your way back to the station, stop at the “window on the canals” (Via Piella, 5 – 40126 Bologna), a romantic view of one of the main water canals that silently and secretly flow through Bologna. At first you see a window like many others and then a magical view!

You may decide, on your next trip to Italy, to stay longer in this wonderful city.

Posted on Monday, May 9th, 2016 at 12:54 pm in Florence, Tourist Information, Travel Planning. You can follow any responses to this entry through the RSS 2.0 feed. You can skip to the end and leave a response. Pinging is currently not allowed. 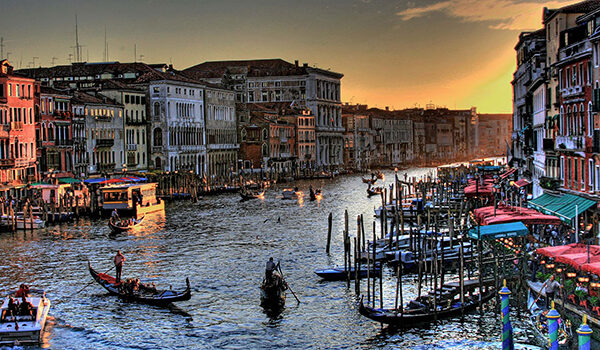 Travel Tips for a Do-Able Day Trip to Venice from Florence. And sample itinerary! 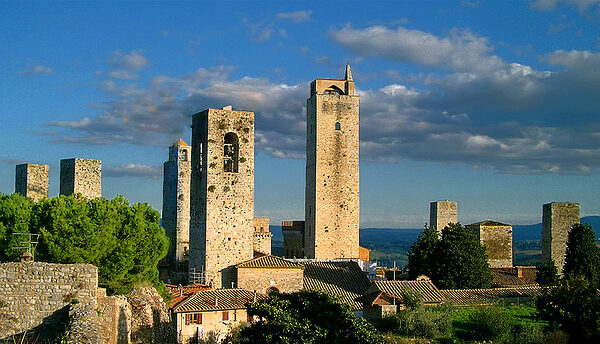 What Florence Sites to Book Ahead? 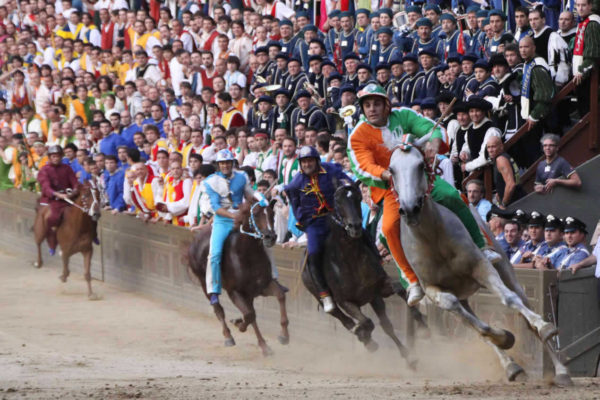 One Response to “Exploring Beautiful Bologna – Day Trip from Florence”