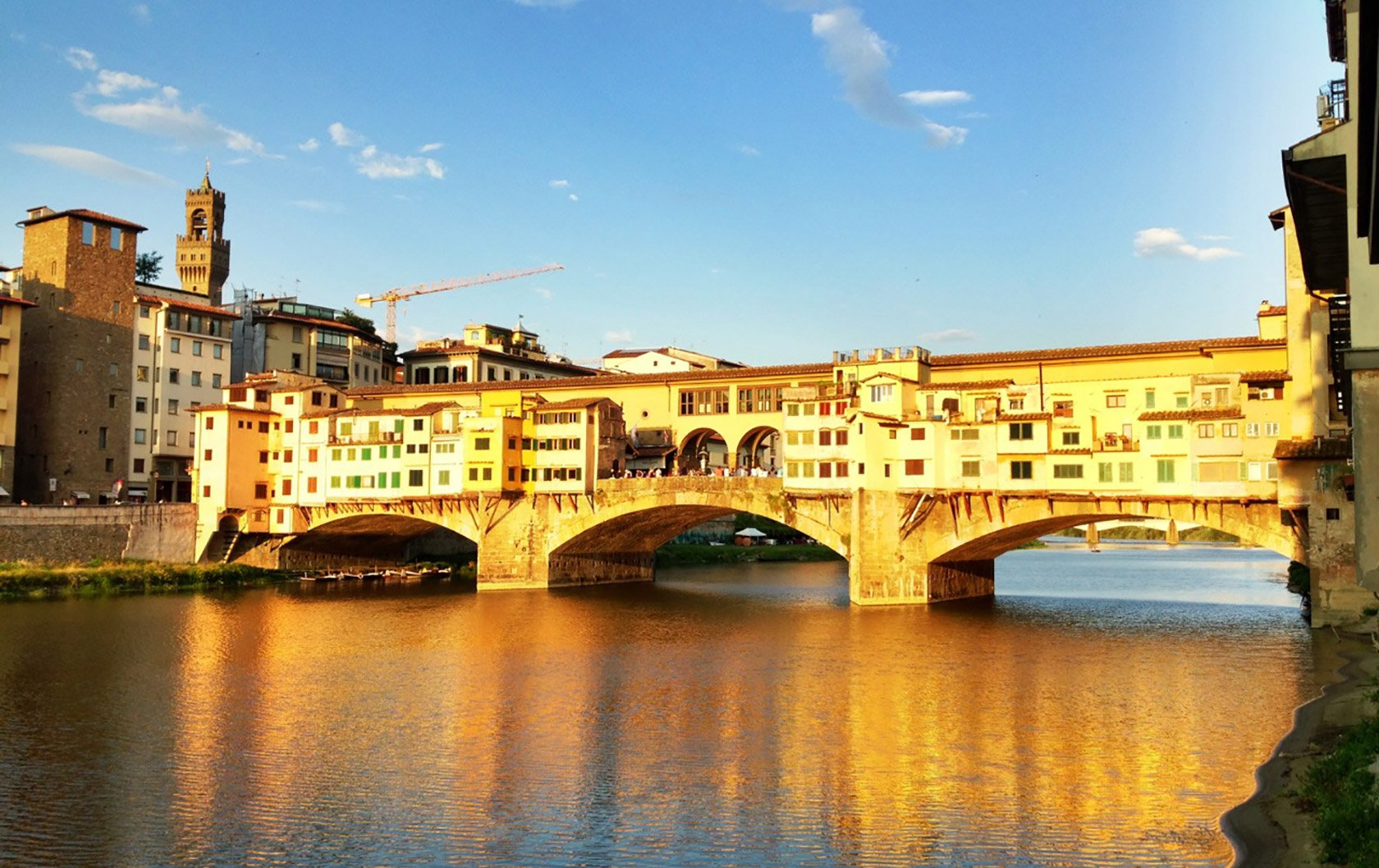 They say that gold is a safe investment because its value rarely depreciates. In Florence, the stability of gold manifests in a different form: the Ponte Vecchio. Forever fascinating, the neighborhoods on either side of the Ponte Vecchio [Old Bridge] are highly sought-after locations for our Italy Perfect vacation rental apartments.

While modern travelers know the bridge for its illustrious jewelry shops, its history will make it even more interesting. Beneath the glitz of gold chains is a bridge that has stood the test of time. It is the location, not the wares themselves, that make this place so special. A gold necklace can be purchased almost anywhere, but gold purchased on the Ponte Vecchio is not just gold. It is an experience.

The Ponte Vecchio – literally the “Old Bridge” – has been a fixture of Florence’s ancient streets since the 13th century. When it was built it served as the first bridge across the Arno, and since then has endured hundreds of years and numerous wars. After World War II it was once again the only bridge in Florence.

While the bridge’s history is long, it was not always so glamorous. It once housed shops of numerous varieties (not just the jewelers it is known for today) and the atmosphere would have been unrecognizable. Butchers dumped their waste into the river, making the bridge a place to run errands and otherwise avoid entirely. That changed when the Medici family – famous for their patronage of the arts that made Florence a center of the Renaissance – moved in across the river and began to use the bridge frequently when getting around the city. It was the Medici’s who converted the bridge into a place for jewelers and gold salesmen. 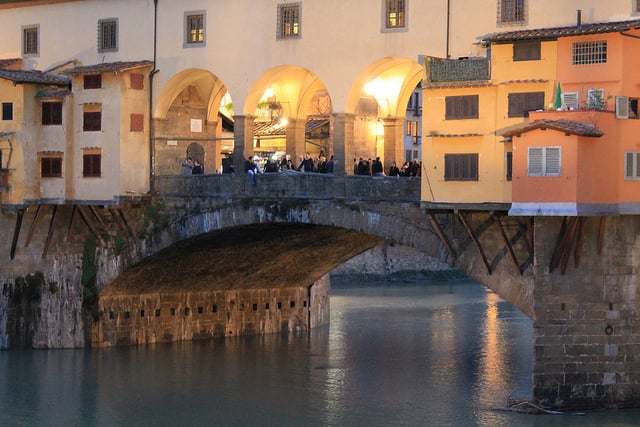 The Medici’s are gone, but the bridge remains as illustrious as ever. Shopkeepers pride themselves on the quality of their wares – the purity standards for gold jewelry in Italy are some of the highest in the world: 18K. In the U.S. 10K is considered acceptable for jewelry to be labeled “gold,” shocking to an Italian jeweler.  This also means that any bargains are suspect.

Some good advice: know the market price of gold when shopping. Some jewelers will price their wares by weight so you can understand the additional value they place on the craft of the goldsmith. 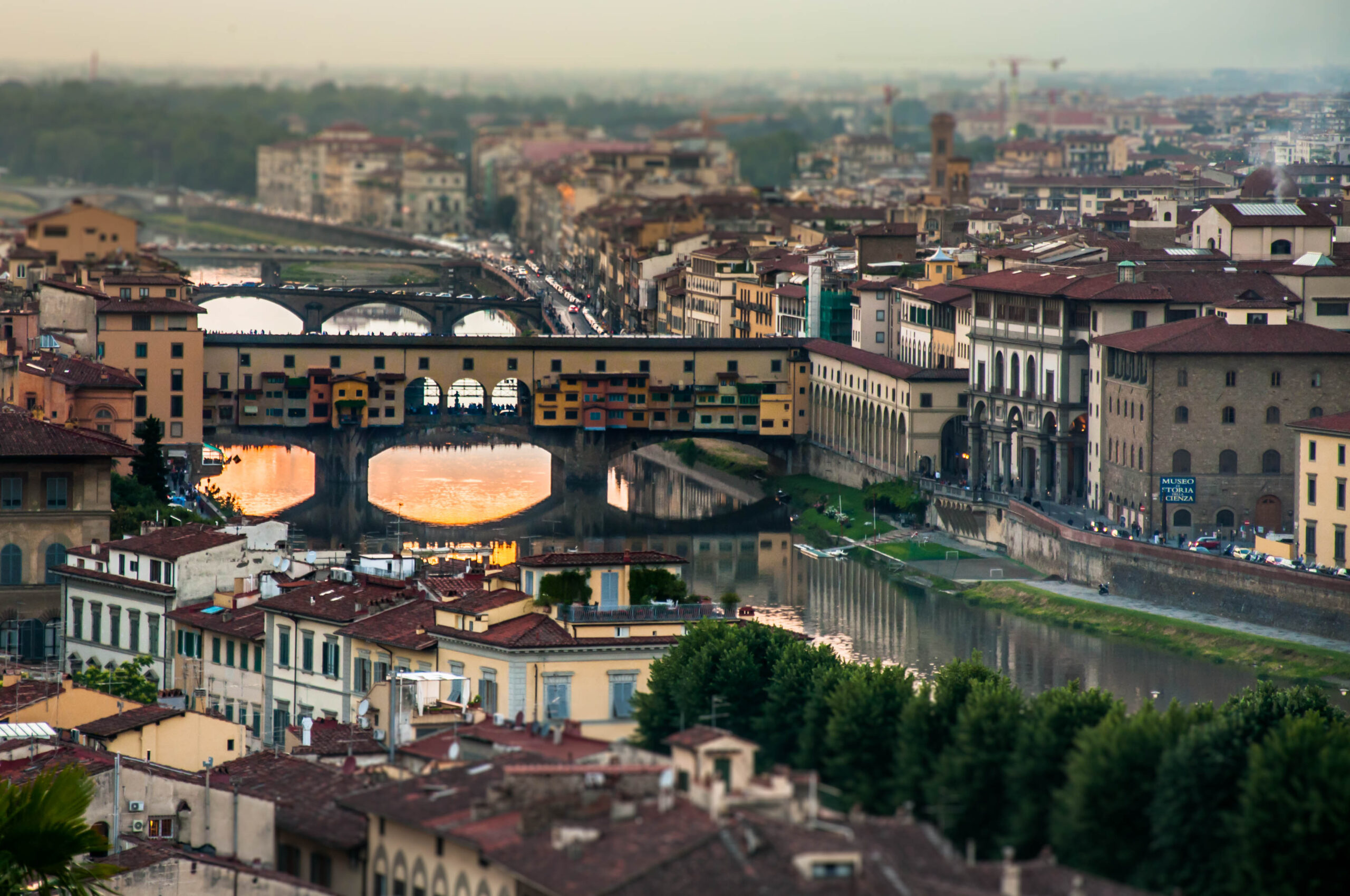 Shoppers who like to preview a store’s wares before their trips may be disappointed to discover that most of the shops on the Ponte Vecchio do not have websites. That said, the only way to purchase their jewelry is to go to the shops themselves, making the opportunity even more unique and memorable. Taking the time to browse is worth it for that reason alone: the item that catches a shopper’s eye very likely cannot be purchased anywhere else in the world.

Want to stay within a stone’s throw of the Ponte Vecchio? We have a wonderful variety of apartments nearby! Some favorite Italy Perfect vacation rentals are Casetta Bonsi, Memoria, Caravella and Vela.

Posted on Tuesday, September 20th, 2016 at 12:43 pm in Florence, Italian Culture. You can follow any responses to this entry through the RSS 2.0 feed. You can skip to the end and leave a response. Pinging is currently not allowed. 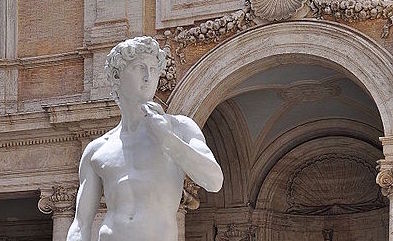 Where to Stay in Florence