Carnival in Venice Past and Present 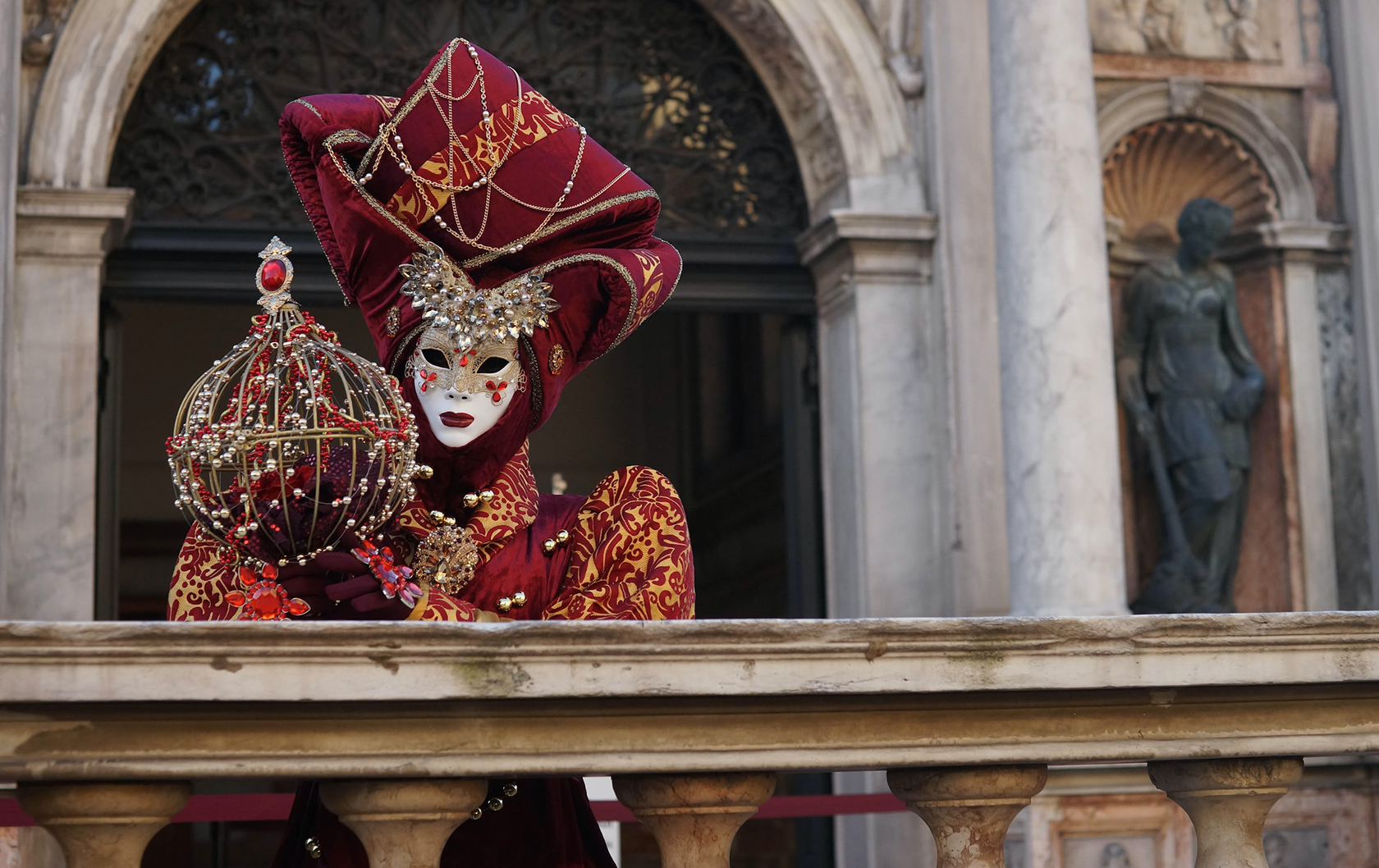 Discover the allure and fascinating history of Carnival in Venice this year! (credit)

There is almost no party more famous than Venice’s Carnival, and visitors flock in the millions every year to participate in the revelry. Indeed, the city hosts more than three million people over the course of ten days, ending on Shrove Tuesday, or Mardi Gras, which is the traditional beginning of the Lenten period. People come from all over the world to take part in parades and parties, with some sporting costumes so elaborate that they could be considered wearable works of art. There is music, dancing and, of course, plenty of incredible food and drink. It is truly a bucket list-level experience.

However, for the uninitiated, Carnival might seem a bit intimidating. You might be asking yourself: how do I get around? How do I know where to go and what to do? What’s it all about anyway? But fear not! With a little bit of background and some advanced planning, you’ll know everything there is to know about the biggest party of the year, and you’ll be able to make the most of your next Venetian holiday. 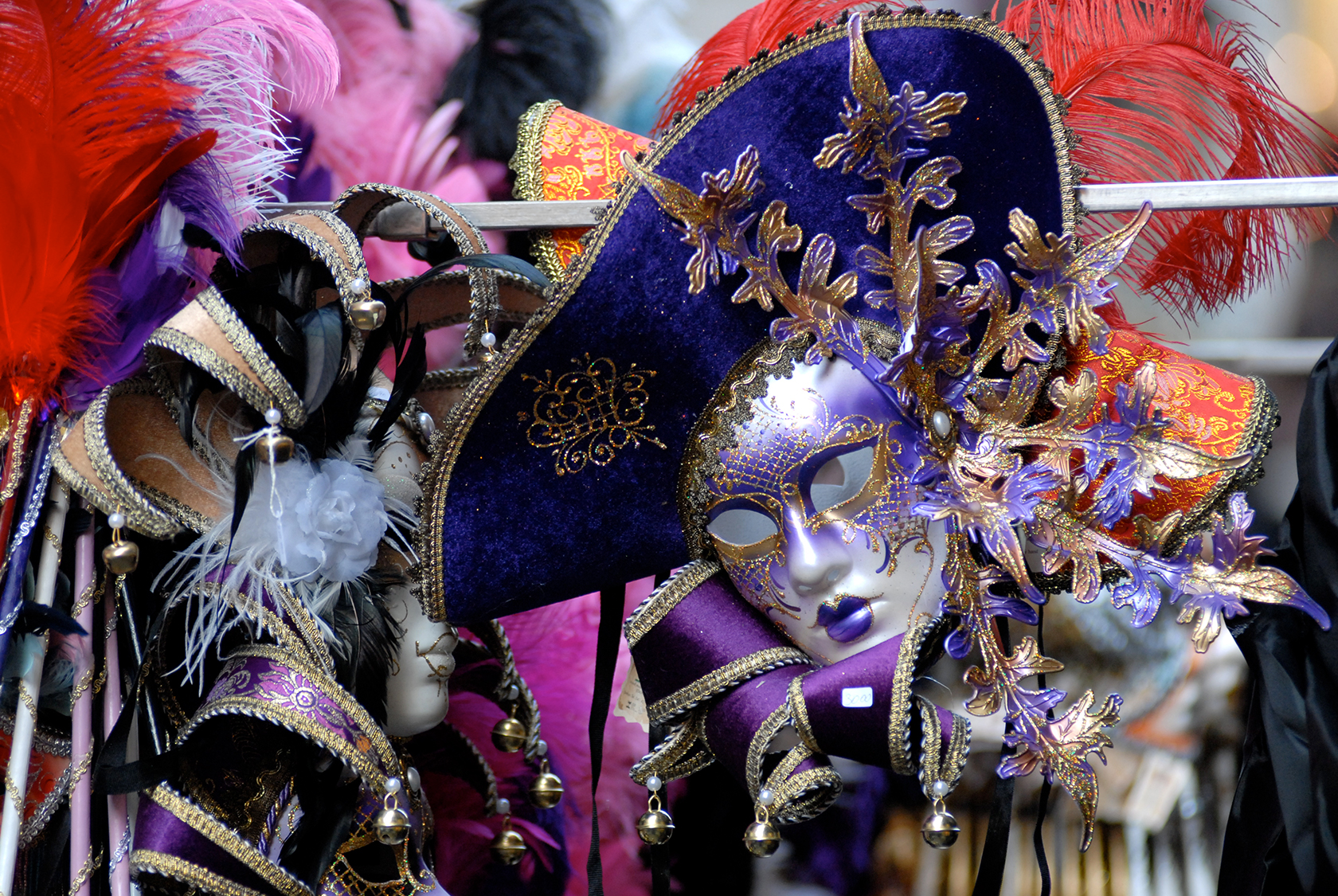 The Long (and Short) History of Venice’s Carnival

While it may seem that Carnival is as old as the city itself, the truth is a bit more complicated. Although there are arguments among Venetian purists and historians about the exact date, most contend that the first Carnival followed the military victory of the Venetian Republic over the Patriarch of Aquileia, Ulrico di Treven, in 1162. However, the first document that mentions laxatio carnis (the Latin precursor to our modern word) actually dates from 1094 and was signed by the Venetian Doge Vitale Falier. Either way, by the 12th century Venice enjoyed wealth, military might and nearly unfettered access to the rest of the world via the sea. The “Most Serene Republic” was in a golden era, and there was much to celebrate. In this climate, Carnival became a months-long affair that originally started on Boxing Day (December 26) and would last until Shrove Tuesday, which could be three months later.

Carnival became a particularly important part of Venetian life, in large part thanks to one of its most important ingredients: masks. Because of the rigid social class system in Venice at the time, it was nearly impossible for the nobility to walk around unnoticed. Just as it was unthinkable that a member of the lower classes would be allowed in any of the gilded palaces along the canals. During Carnival, however, people could become anything they wanted and move in circles that they would never have dreamed of otherwise. An air of freedom pervaded the city, and it inspired many of the great artistic legends that give Venice its particular charm. Indeed, without Carnival, there would hardly have been the stories of Casanova or the tales from the Commedia dell’Arte. 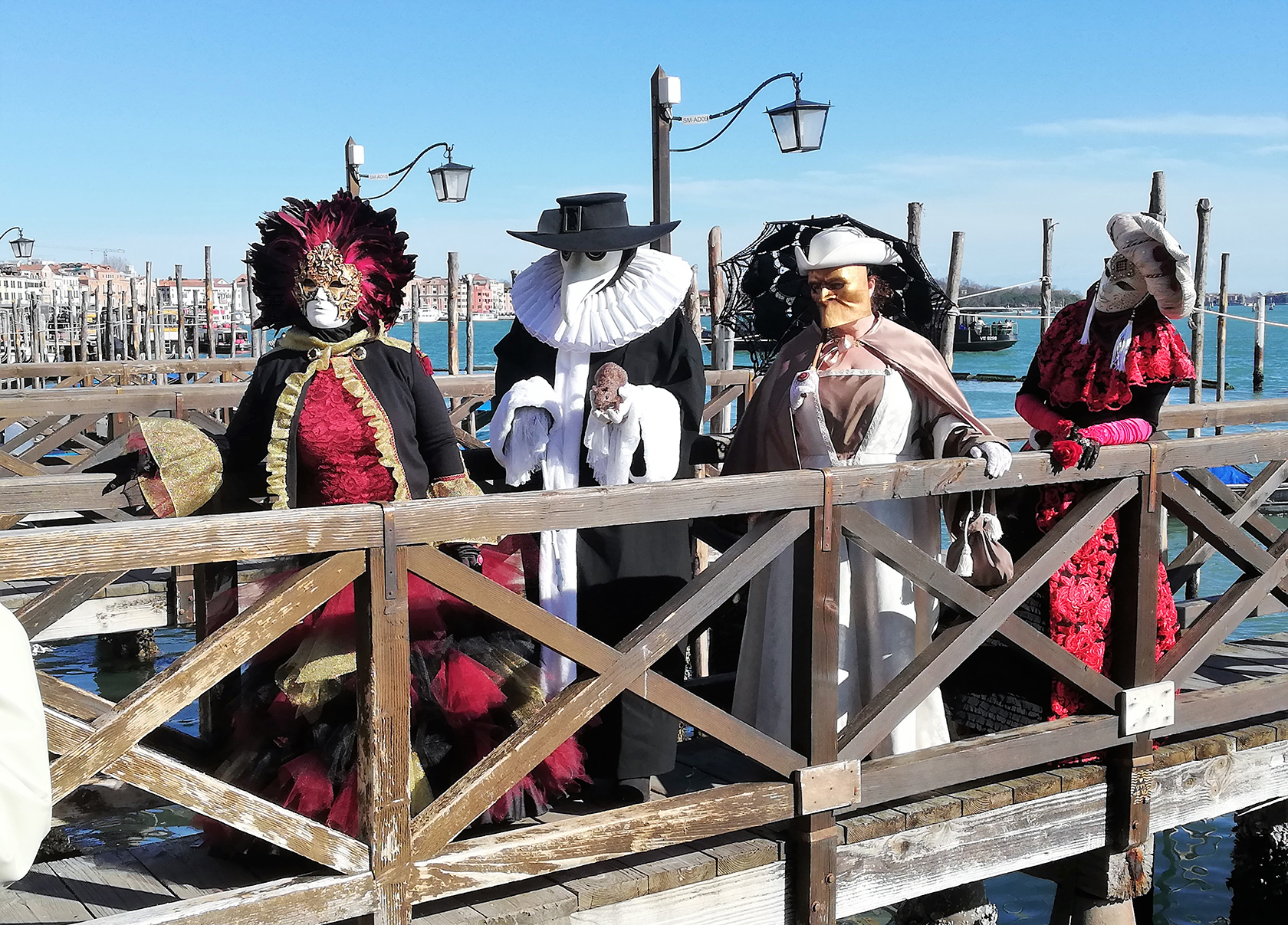 Of course, the anonymity that masks and revelry conferred was a double-edged sword, and the early history of Carnival is rife with examples of festivities gone awry. As early as the 13th century, laws were passed forbidding gambling whilst masked, though the practice continued for centuries. By the 14th century, masked people were prohibited from visiting convents or monasteries, and by 1511 female prostitutes were forced to petition the government to control the preponderance of masked men that were taking all of their business. That the solution in that last case was to allow female prostitutes to appear topless in public gives some insight into just how wild the republic had become.

As the Renaissance engulfed the kingdoms and republics that would become Italy, Carnival reached its apex: celebrations would begin as early as October and could last until April of the following year. Carousing was becoming the norm, so much so that the Catholic Church had to ban festivities on holy days as a way to try to control the city. By that time, however, Venice had become so synonymous with debauchery that it was flooded with international visitors, who were hardly bothered by the conventions of local clergy. But Napoleon Bonaparte’s victory over the Venetian Republic in 1797 made all of the piecemeal efforts to control Carnival a moot point. After he assumed power over the city, Carnival was banned and the use of masks was strictly prohibited. The party was over. 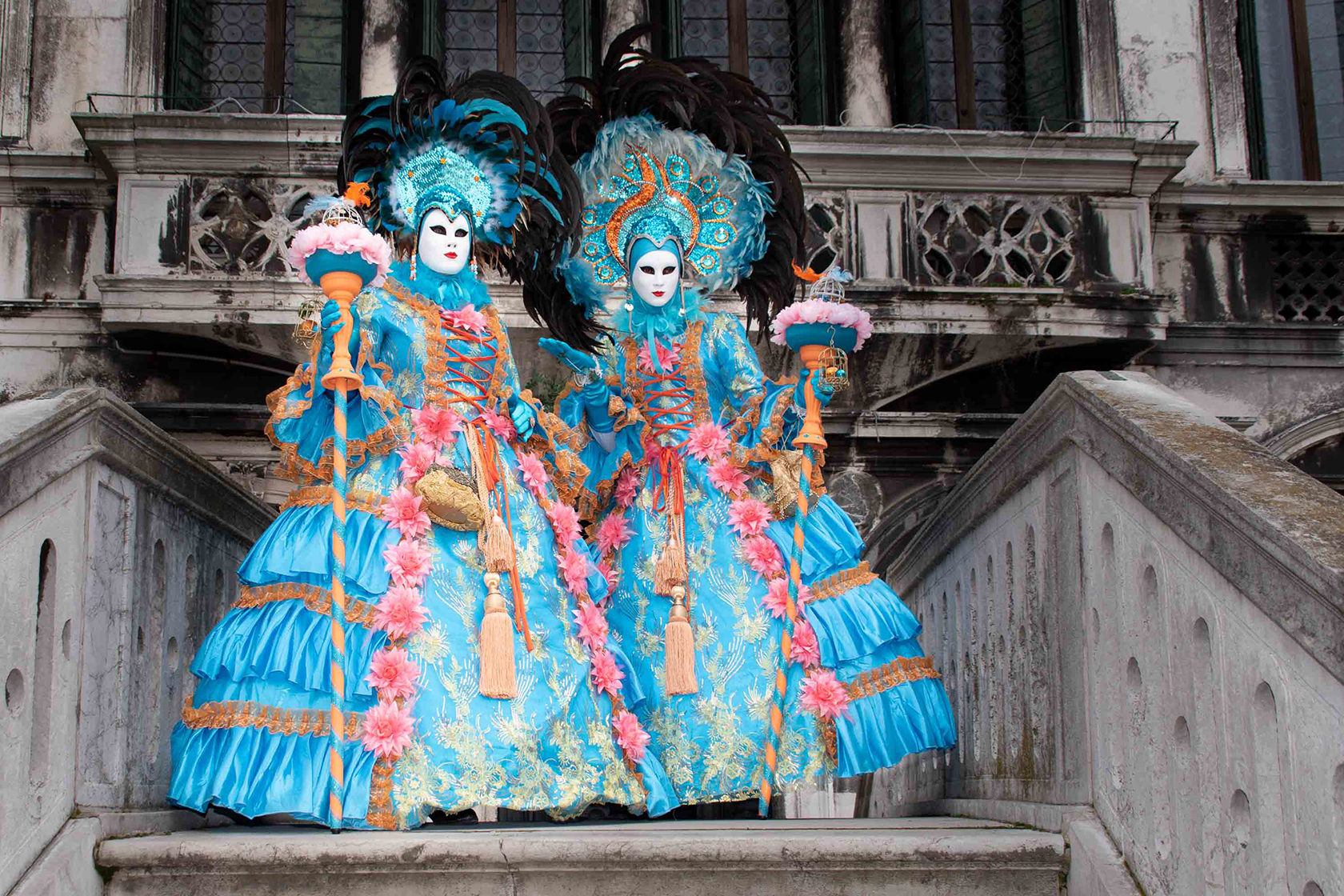 For almost two centuries, Carnival in Venice existed either in popular legend or in very small, private parties that took place behind closed doors. It wasn’t until the late 1960s that community groups in Venice started to push for the festival to return as a way to boost tourism for the city. Carnival officially returned to Venice in 1979 and in so doing, resurrected many of the traditions that have long since disappeared in the rest of the world. This absence is why so many of the costumes and masks date from the time of the Venetian Republic, making Carnival not just a great party but a snapshot in history. 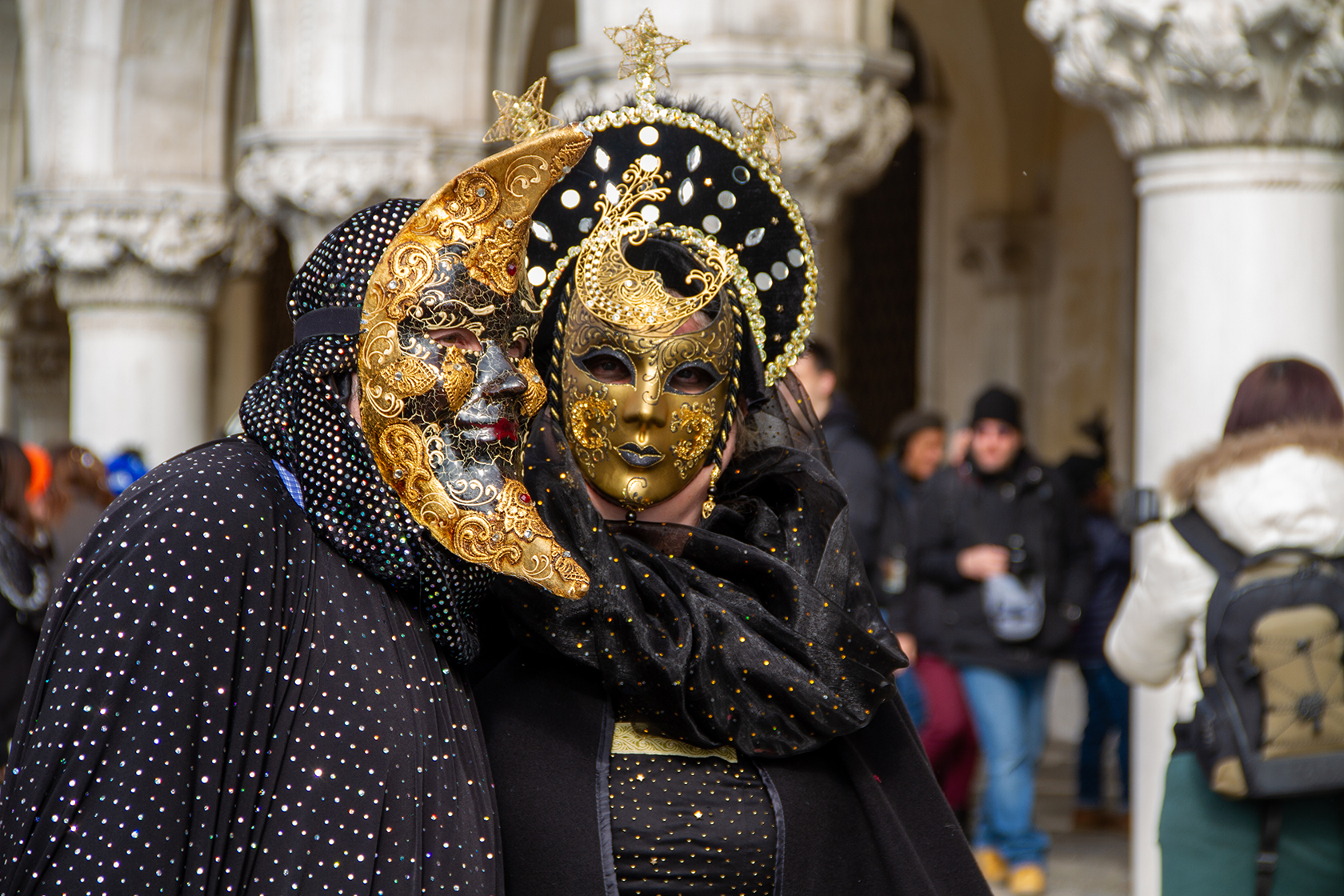 The Venice Carnival Today (and Tomorrow)

While Carnival may still carry the image of a debaucherous (and expensive) affair, its become much more inclusive and artistic in the years since its revival. Recent editions have included competitions for masks, fashion shows and art installations, many of which are free to attend. The 2023 Carnival, titled “Take Your Time for the Original Signs” will take place from February 4-21 and is dedicated to the zodiac calendar as well as the four elements of Earth, Wind, Fire and Water.

As in previous years, the Arsenale hosts an enormous show that takes place on the water, and this year marks the return of the masked float parades on the mainland as well as different islands in the Venetian lagoon. There are different activities, parades and events scheduled for every day of the Carnival, all of which are listed in English and Italian on the official website. Many activities are entirely free, but the more exclusive galas and costume balls are also available to book. 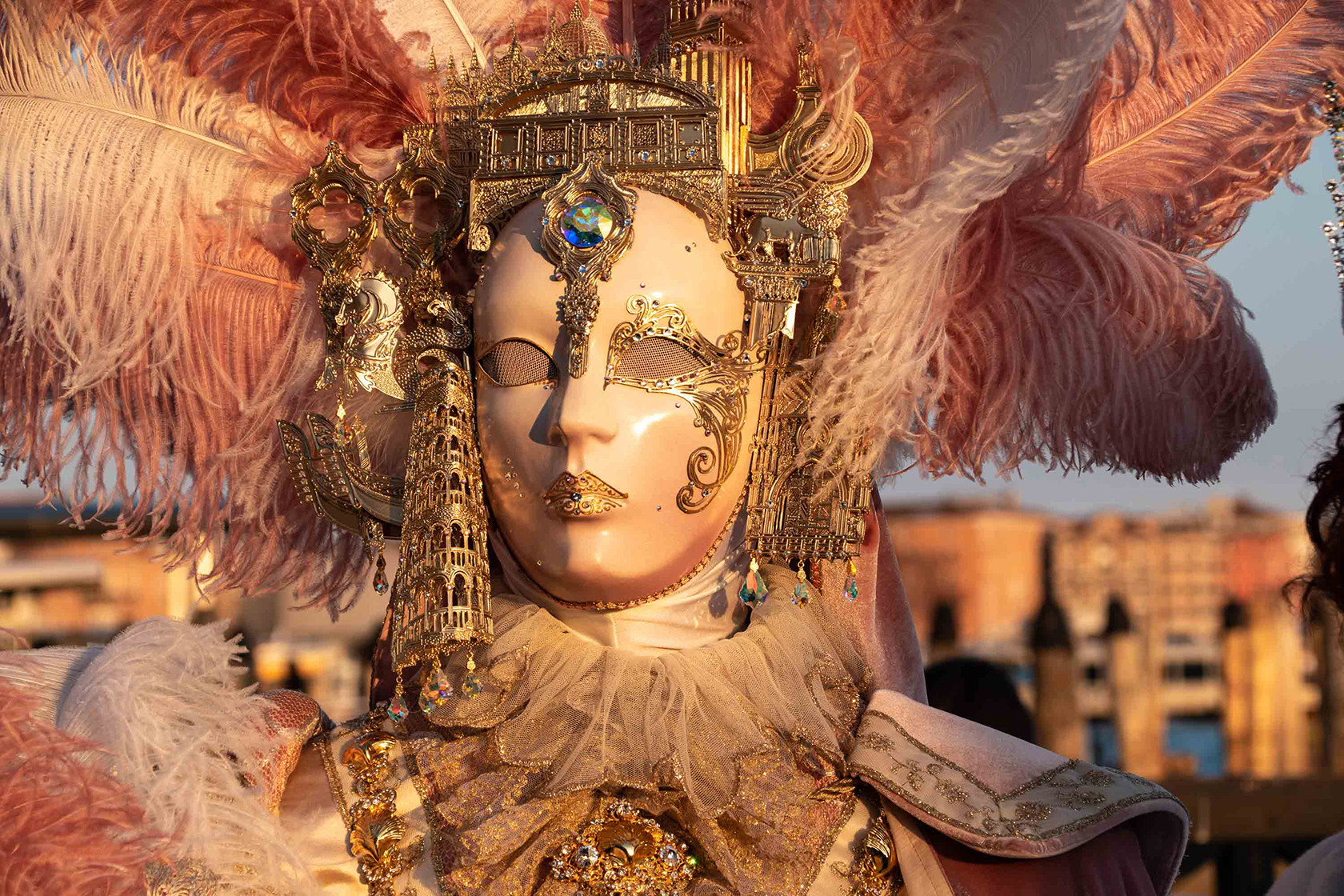 The architecture of Venice on a Carnival mask. (Ralf Steinberger from Milan, Berlin + Munich, Italy + Germany, CC BY 2.0)

While Venice is proudly opening its arms to tourists and revelers alike to celebrate Carnival, this year will mark the first time that visitors will have to pay an entry fee if they’re planning to only stay for one day. The fee, which will run anywhere from $3-10, is meant to protect the city and preserve the efforts made towards sustainability and responsible travel. Of course, the perfect solution is to settle in for a longer stay in one of our Venice vacation rentals and those extra fees won’t apply to you. The measures are all part of a government effort called #EnjoyRespectVenezia which was founded in 2017 to raise awareness among visitors of the fragile ecosystem of the city as well as the need to preserve it for residents. 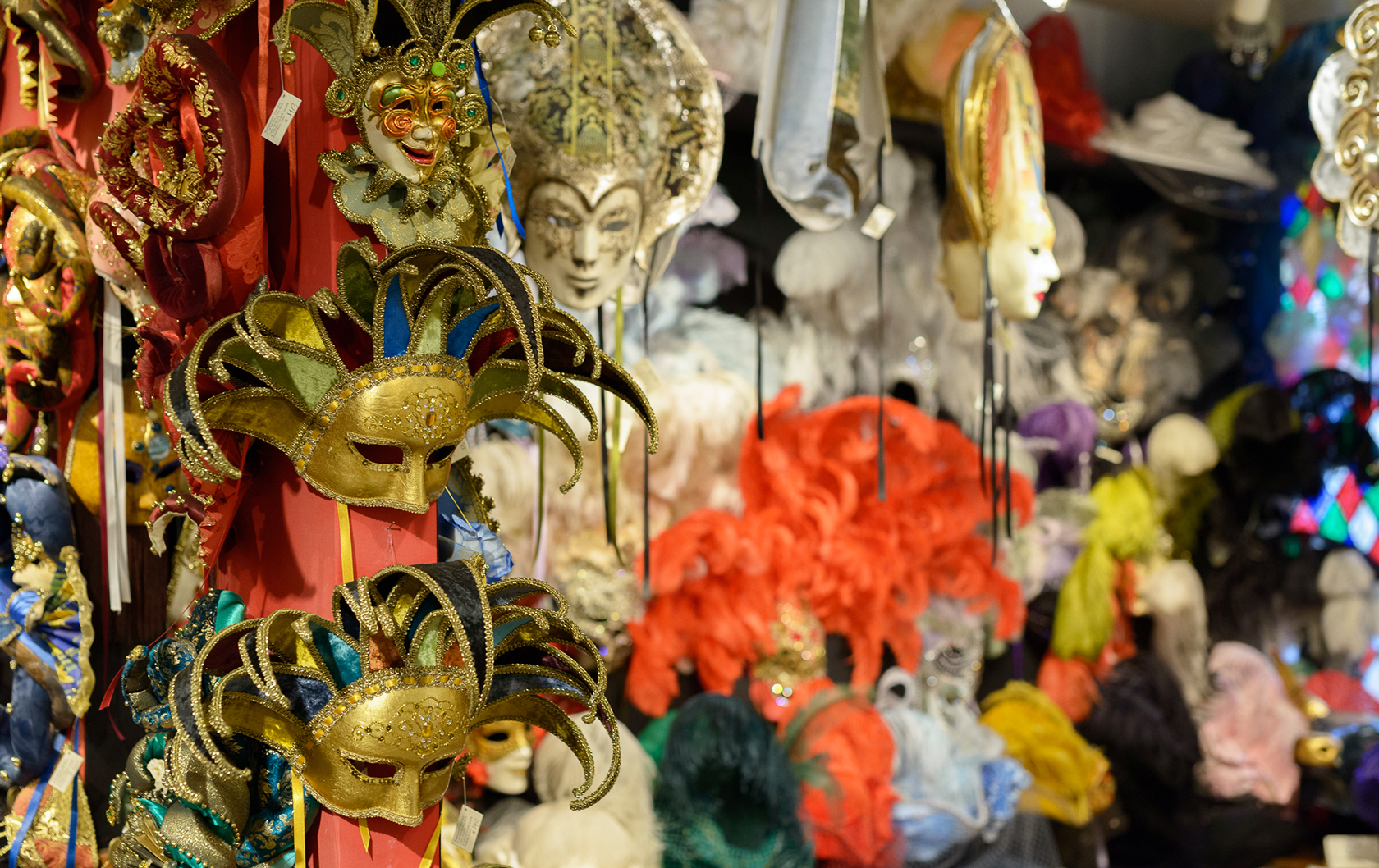 Getting to Venice and traveling around the city during Carnival is actually quite simple, as trains run into the central Santa Lucia station, and from there, gondolas, vaporetti (water buses) or taxis go into just about every nook and cranny you can imagine. The official website for Carnival has an entire section dedicated to getting around during Carnival and includes information about the acqua alta, or high tides. But if you’ve decided to take the trip of a lifetime and head to Venice for Carnival, you’ll spend the majority of your day walking through scenes that will transport you to another time. All you need is to book your apartment, get a pair of shoes made for walking and, of course, don’t forget your mask!

Posted on Friday, January 6th, 2023 at 8:01 am in Venice. You can follow any responses to this entry through the RSS 2.0 feed. You can skip to the end and leave a response. Pinging is currently not allowed. 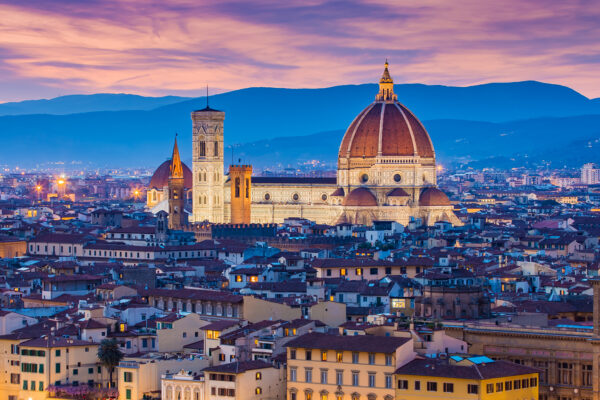 Winter is the Best Kept Secret in Italy 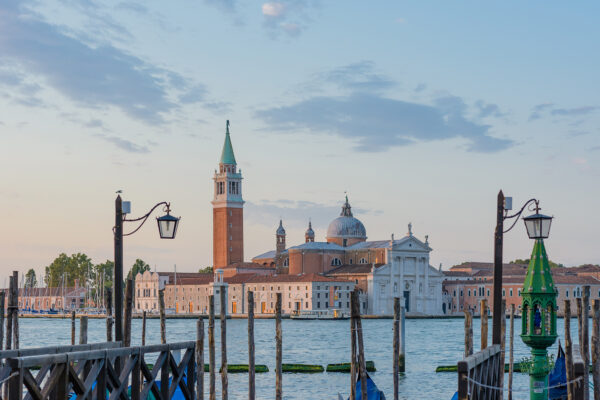 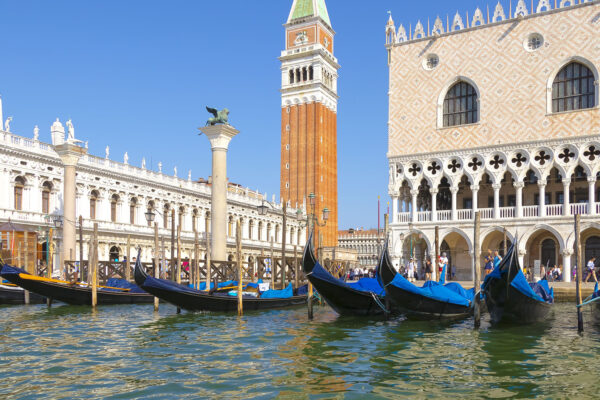 The Art Lover’s Guide to Venice 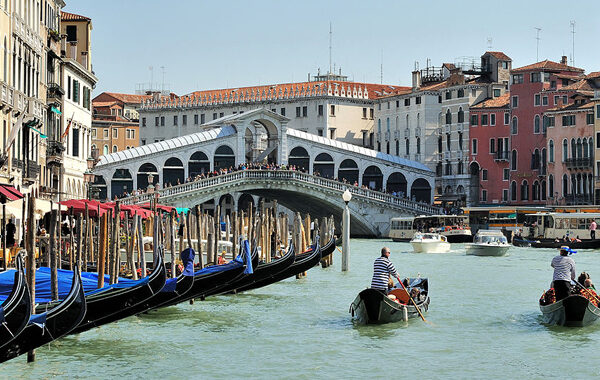 Joy and Canocchie in Venice

Italy Blog > Venice Carnival in Venice Past and Present