Why Pompeii Should Be On Your Italy Bucket List 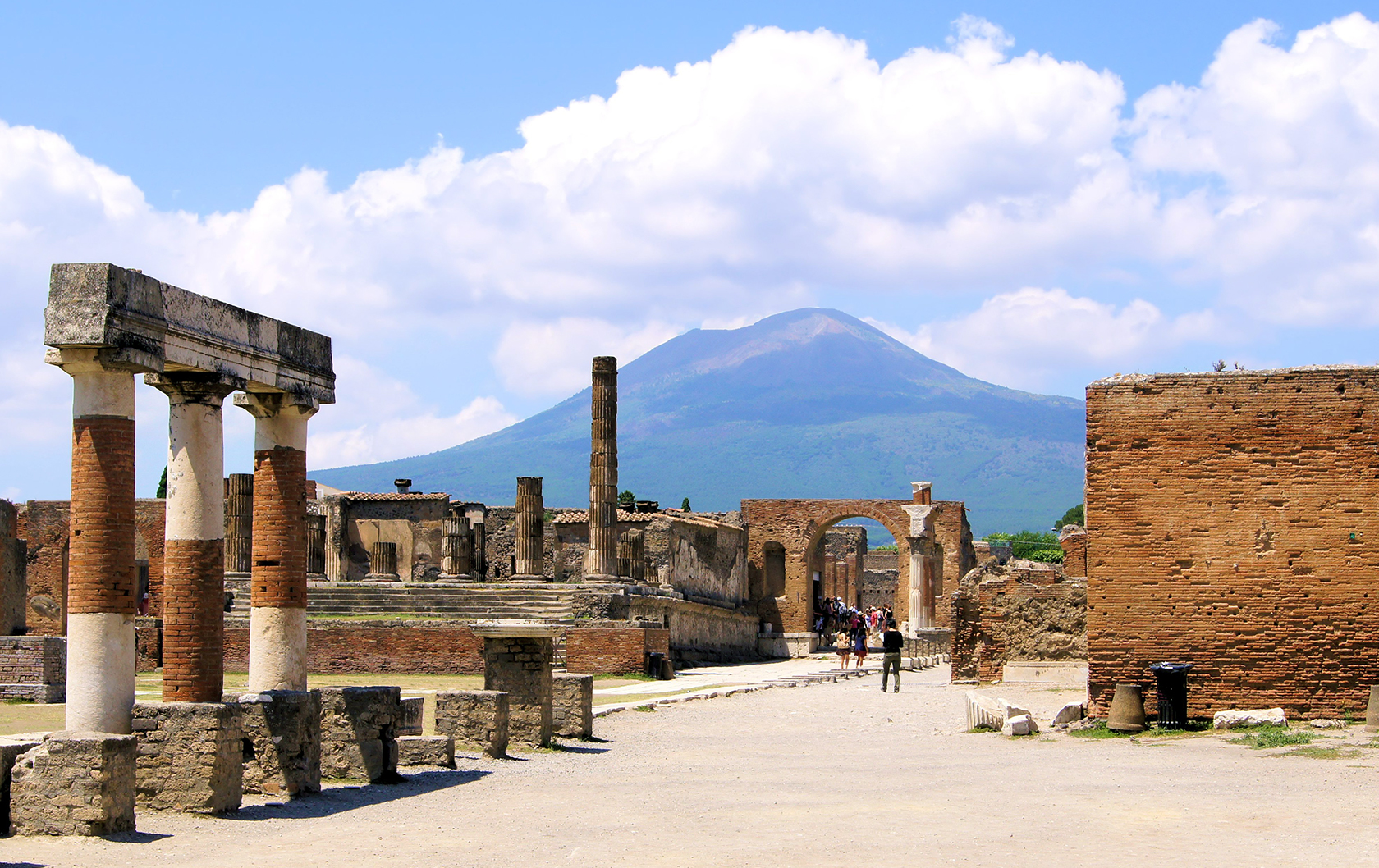 Italy is home to countless treasures from the past and the ancient city of Pompeii is one of the country’s most visited. It is located just outside Naples in the shadow of Mt. Vesuvius. The gentle slopes belie the powerful wrath of the volcano and the violent eruption in 79 AD that brought life to a dramatic end in Pompeii. The city was frozen in time until excavations began in 1748. In a site destroyed nearly 2,000 years ago and under excavation for centuries, you wouldn’t necessarily expect new discoveries, but that’s exactly what makes Pompeii such an archaeological treasure.

Before its destruction, Pompeii was a thriving city – and a large one. While the excavated part of the city covers about 109 acres, there are still 54 acres of the ancient city yet to be explored. This is why new discoveries and incredible finds continually come to light. Over the past year the excavation work has continued at Pompeii and there have been incredible finds as well as the re-opening of the Antiquarium, a museum dedicated to the history of Pompeii. So whether you’ve visited Pompeii in the past or are planning your Italy travels, here’s why you’ll want to visit Pompeii on your next Italy holiday. 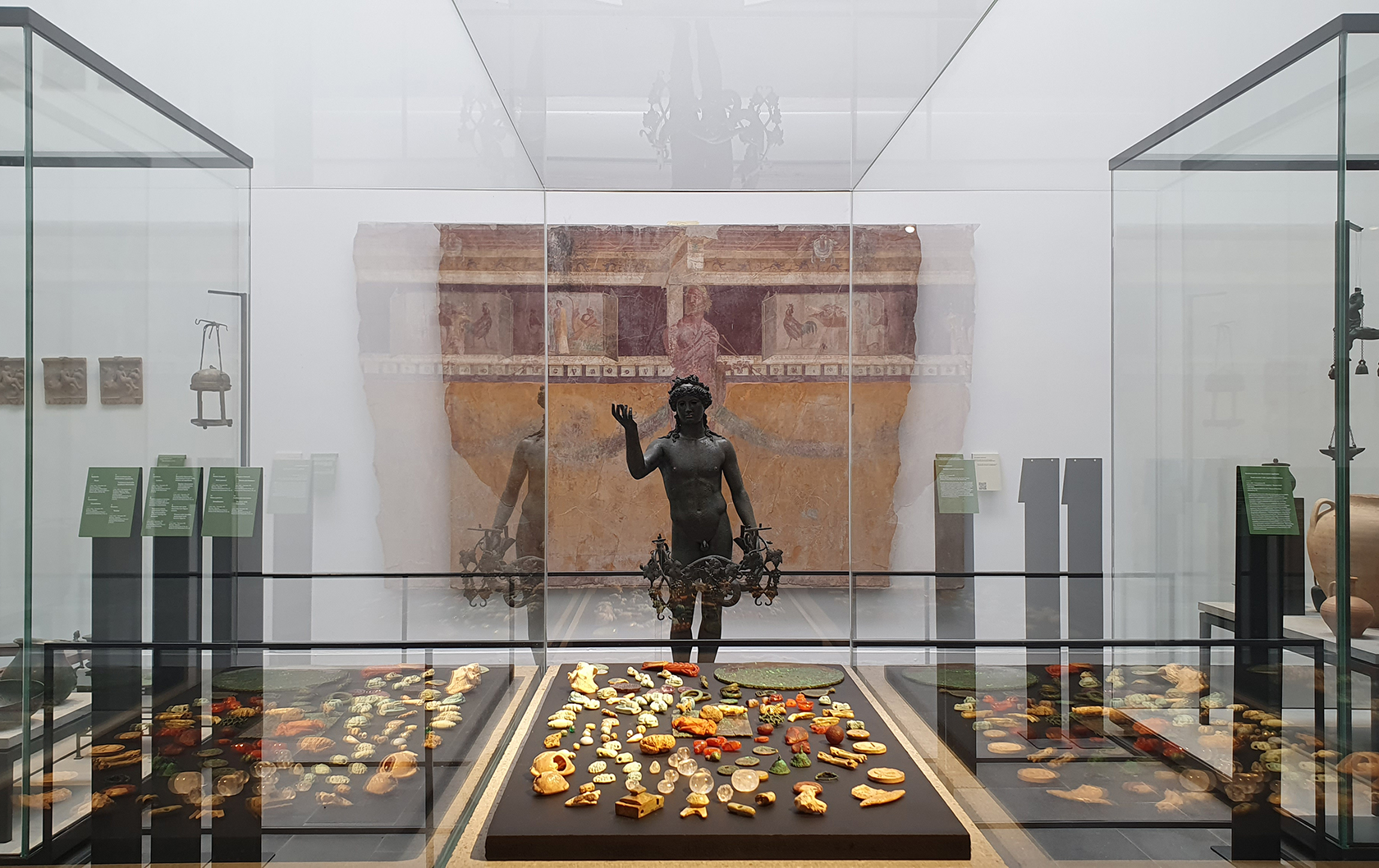 Pompeii’s Antiquarium, the site’s dedicated museum, re-opened on January 25th, 2021 as a permanent exhibition space. For the first time since 1980, when the building was damaged by an earthquake, Pompeii again has a museum on site dedicated to the history of Pompeii, from the early Samnite period (4th century BCE) right up to the eruption of Vesuvius in 79 AD. Even better, entrance to the Antiquarium is included in the ticket price to Pompeii. Envisioned as an introductory tour before visiting the site, the museum brings the richness of Pompeii to life through its vibrant displays of archaeological finds. 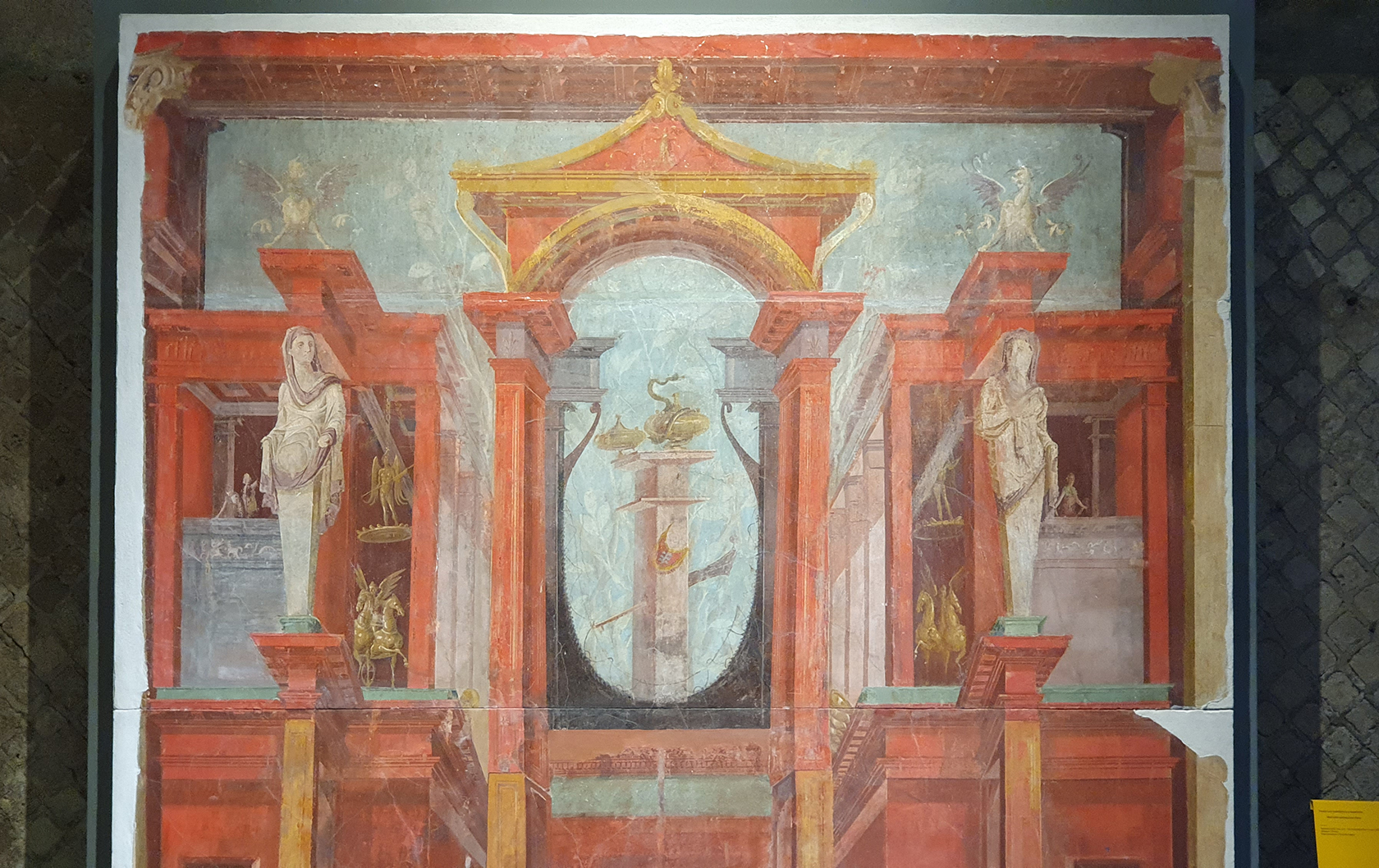 Pompeii’s houses and buildings are home to splendid frescoes and mosaics, but to get a greater sense of the magnificence of the ancient city it has been necessary to visit the National Archaeological Museum in Naples. While an absolute must for art lovers visiting in Italy, it’s not always possible for travelers to see both the ancient city and museum in Naples. Although smaller, the Antiquarium offers an incredible chance right at Pompeii to learn more about the history of the city through many significant finds, from frescoes to silver objects, sculptures and the moving plaster casts of Pompeii’s victims. 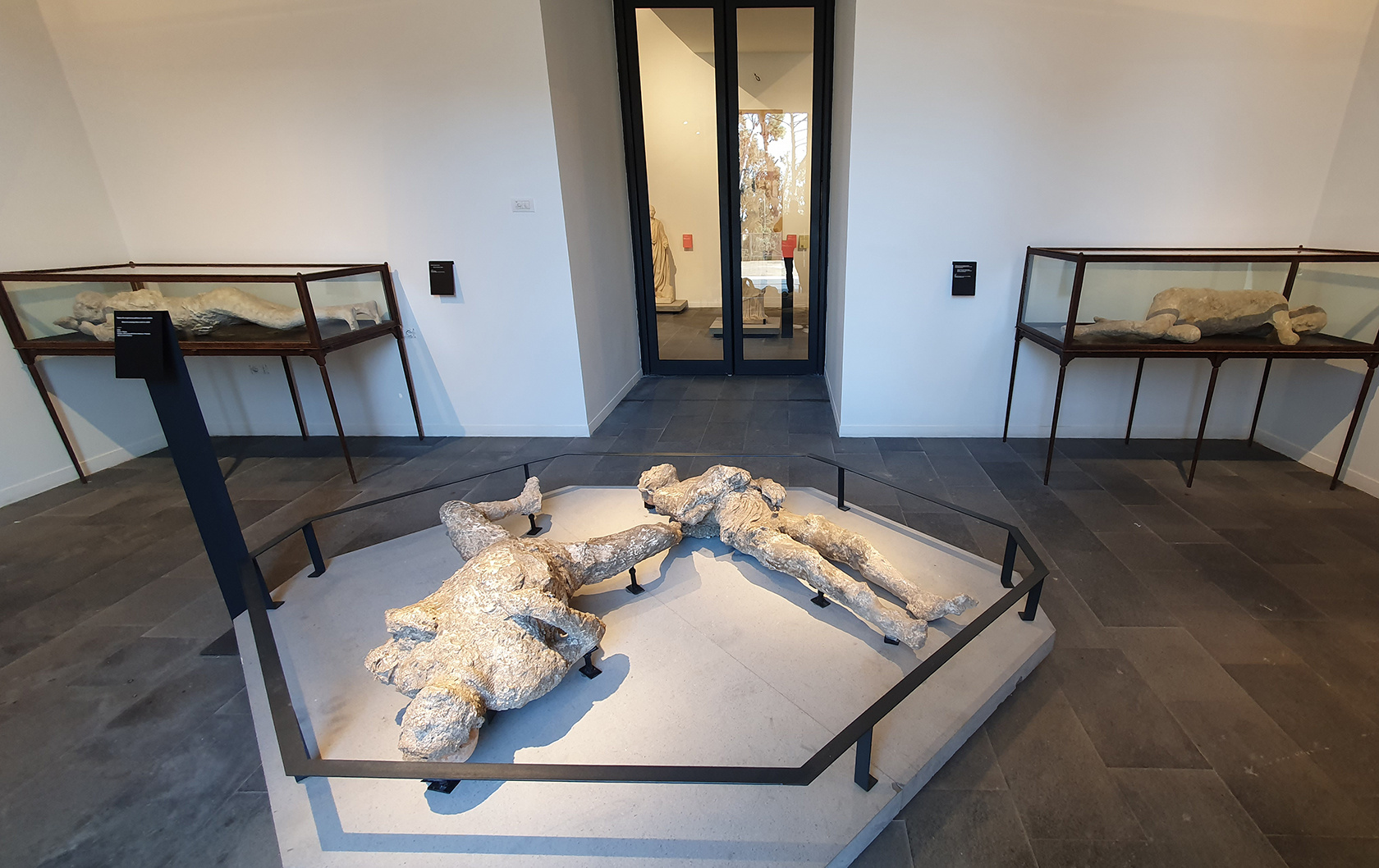 The Antiquarium offers, even for travelers who have visited Pompeii before, the chance to see firsthand the latest discoveries. Visitors can now take part in the incredibly moving experience of discovering the past. Before the Antiquarium reopened, when news of a find or exciting excavation came out, it was hard to share this with a larger audience since excavations often take place in parts of the ancient city not accessible to visitors. Now the latest discovered can be highlighted in a space open to all who come to see the ancient site. 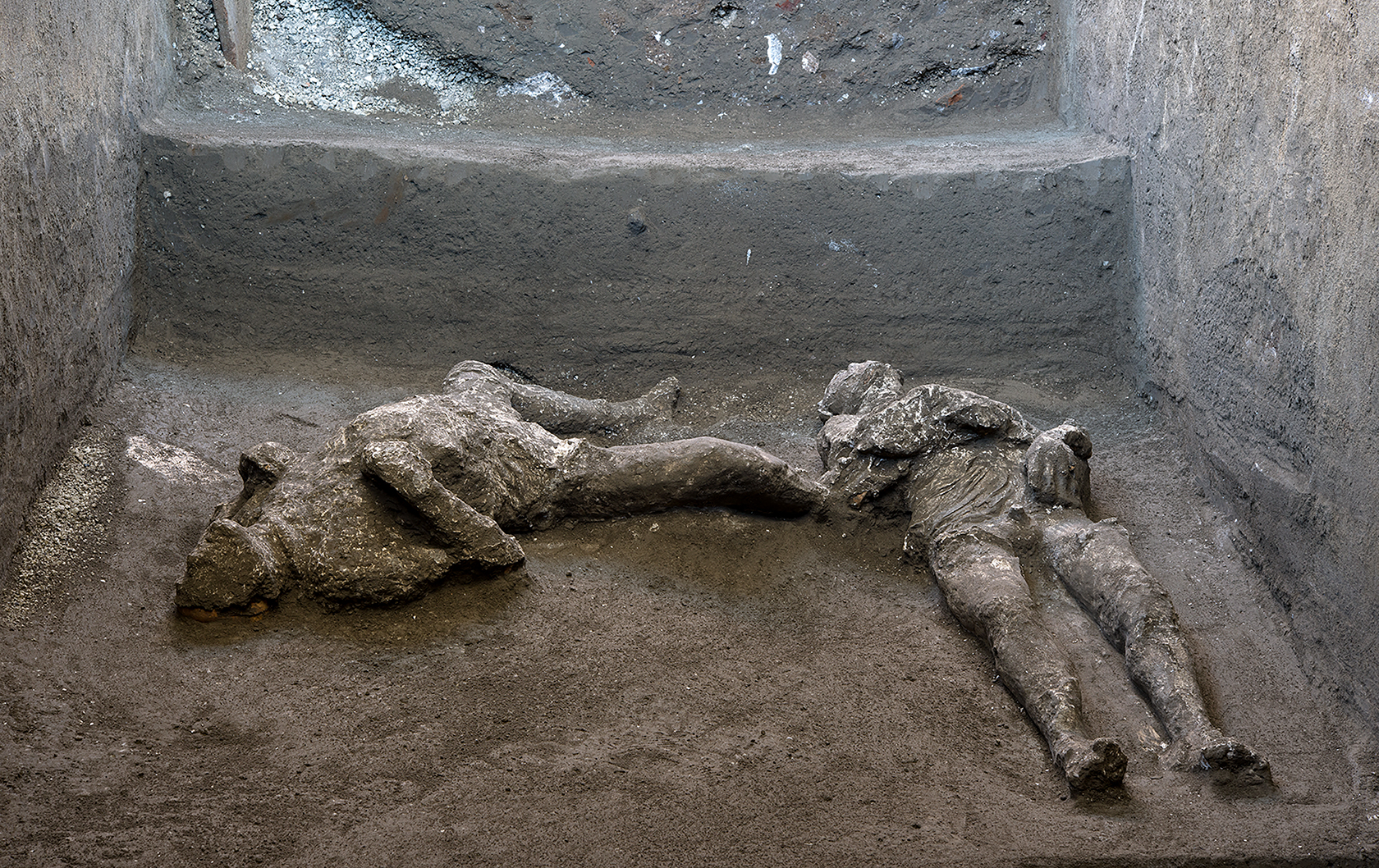 Front and center in the Antiquarium are the latest plaster casts made in late 2020 of two victims of Pompeii in a newly excavated area northwest of the walled city in an area called Civita Giuliana. While plaster casts have been created since 1863, these two figures were the first created with modern technology, including laser scanning and endoscopic analysis, and handled by a multidisciplinary team of archaeologists, scientists, and researchers. Also on display is the first full plaster cast of a horse from Pompeii that was created in 2018 in the stables of Civita Giuliana. 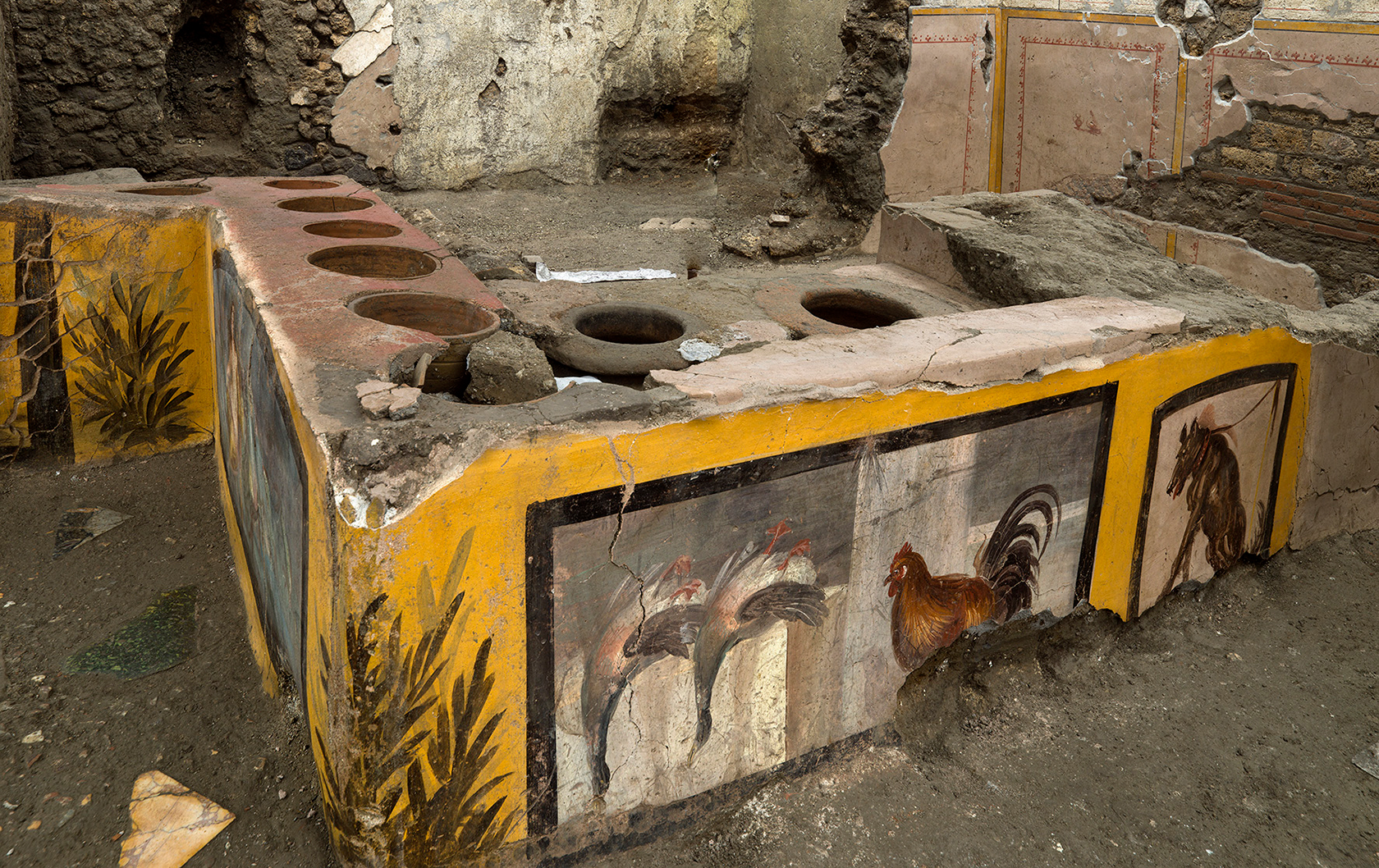 As an active archaeological excavation site, even if you’ve visited Pompeii in the past there’s always a reason to return. The already excavated houses and buildings at Pompeii regularly undergo restoration or stabilization work, which means that what is open on your first visit might change significantly on another visit. Excavations are currently underway in several parts of Pompeii, especially the Regio V area, a partially excavated section in the northern part of the site. This area holds many treasures that archaeologists are working to bring to light.

It was in Regio V in late 2020 that they discovered an incredibly well preserved thermopolium, an ancient snack food bar. While there have already been about 80 thermopolia uncovered at Pompeii, this one offered the chance to analyze every finding with the latest technology. With its elaborate frescoes showing images of the snack bar itself and items for sale and the scientific analysis done on the food remains in the serving pots, this thermopolium has changed what we know about life in ancient Pompeii. 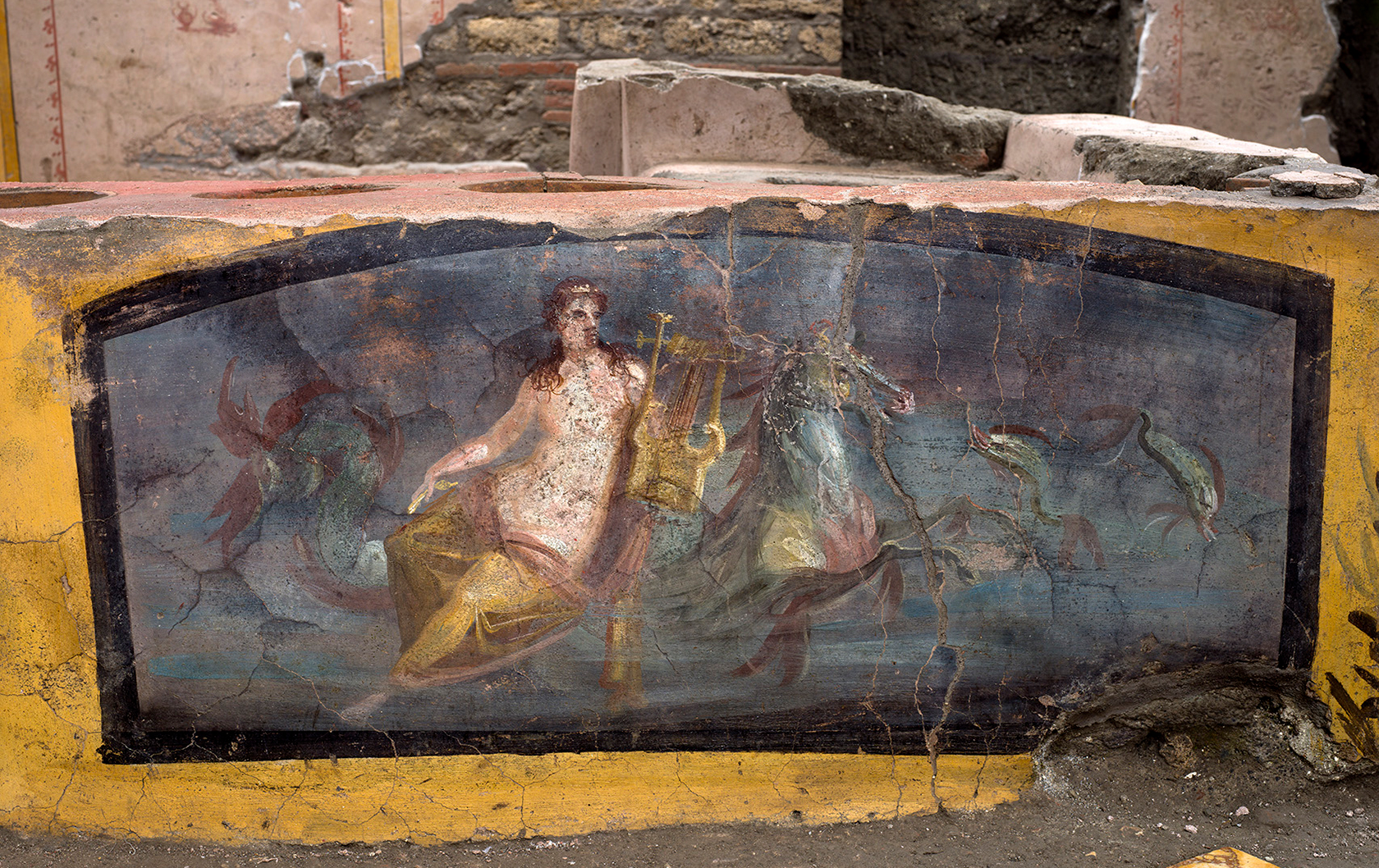 Pompeii continues to amaze and will keep doing so thanks to the hard work of the archaeological teams with the chance to experience new discoveries at the Antiquarium. Do put Pompeii on your Italy travel bucket list – you won’t be disappointed!

Pompeii is an easy day trip if you’re staying in Naples, Sorrento or in one of our beautiful villas on the Amalfi Coast. However, it’s also possible to see the ruins in a day if you’re based in Rome. Find out more in our post Pompeii in a Day from Rome.

Posted on Wednesday, February 24th, 2021 at 12:27 pm in Travel Planning. You can follow any responses to this entry through the RSS 2.0 feed. You can skip to the end and leave a response. Pinging is currently not allowed. 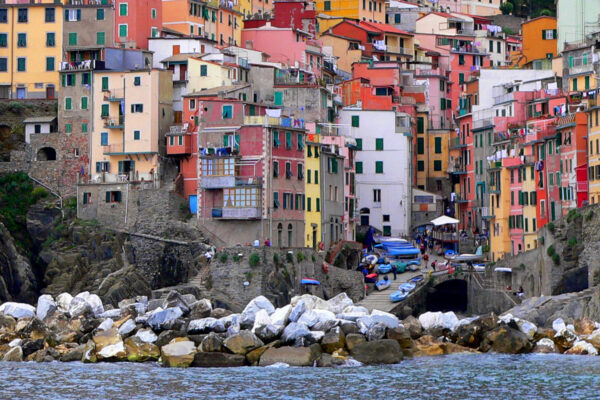 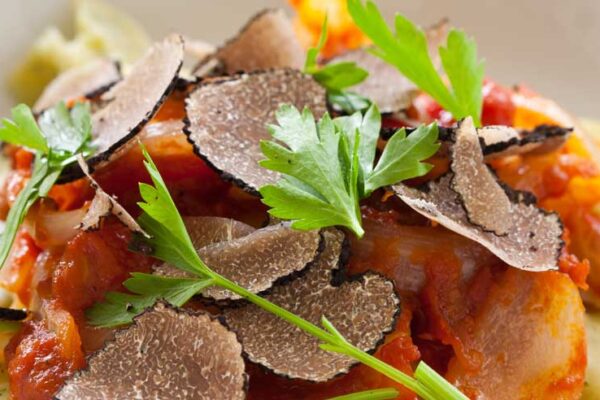 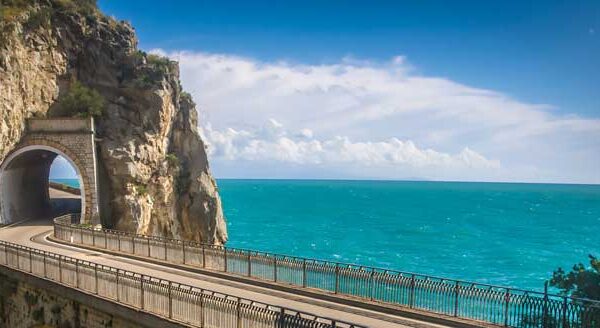 Driving in Italy: Most Requested Advice