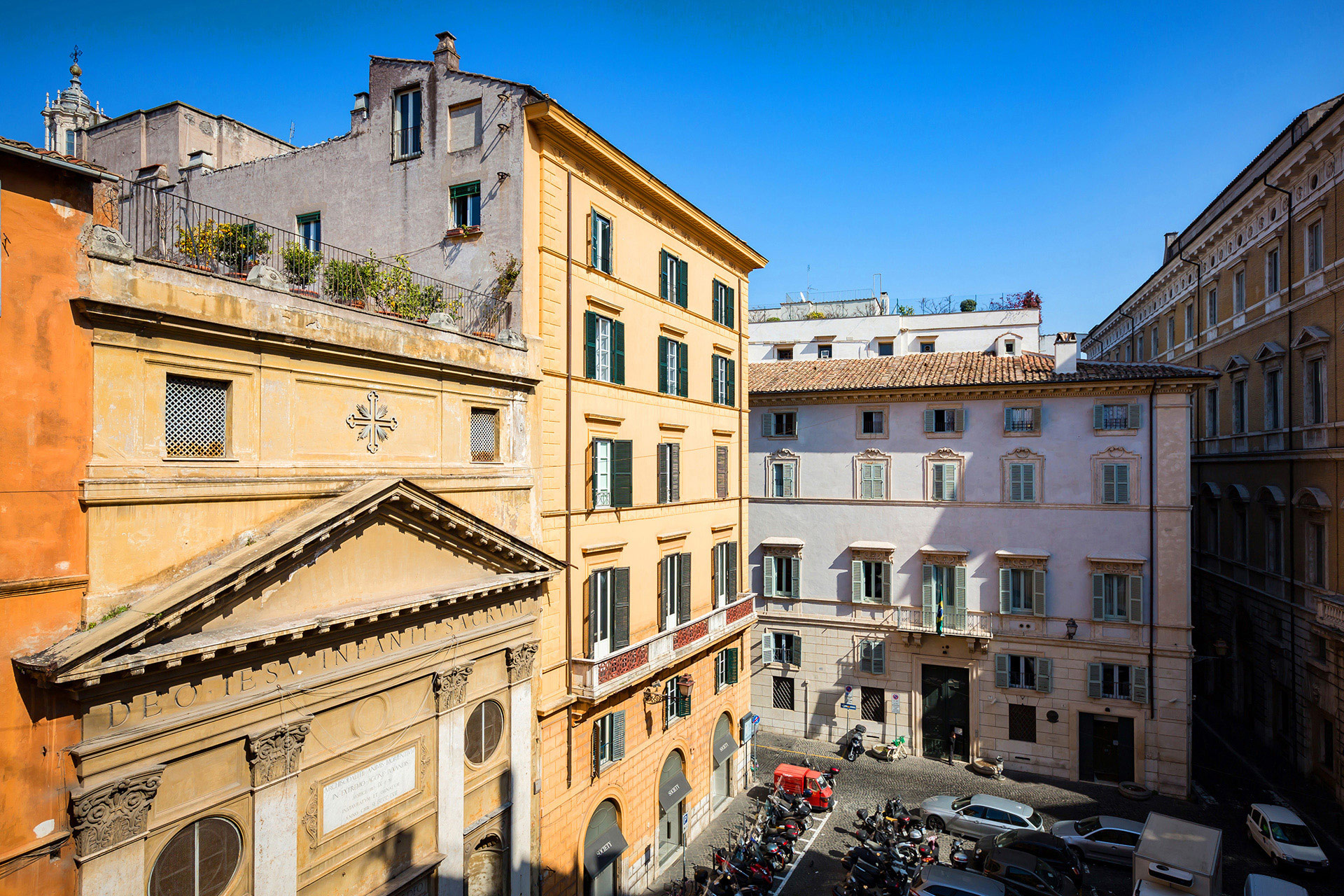 One of the most sought-after neighborhoods of central Rome. You can't get more central than this. The glorious Piazza Navona is half a minute walk away. Just below is the famous Pasquino statue where, for centuries, Romans have posted political lampoons. This is one of the few remaining "Talking Statues of Rome" which history is an interesting digression.

The building was built in the 1800s as a family`s private palazzo, it was renovated in the last century to form three apartments, one per floor. The Pasquino apartment is on the top floor for maximum light.

This most central Roman apartment is laid out wonderfully for use by vacationers. The "day" rooms, which comprise the living/dining room and kitchen, and "night" rooms are well separated by doorways so variations in guest schedules don`t disturb others.

The apartment sleeps up to six people with a master bedroom, 3 single beds in the second bedroom and a queen sized sofa bed in the living room.

The living room window olverlooks Piazza di Pasquino. Looking down into the piazza you`ll get a snapshot of Roman life. A beautiful young Italian mamma pushing a baby stroller. Two regal Roman matrons, arm-in-arm, out for a stroll. A family on their way to a birthday dinner celebration. Lighthearted young men chatting and joking around standing in the piazza.

The kitchen is remarkably large for a city apartment; it has three large windows that overlook an internal courtyard. A really nice feature is the dining nook with table and chairs for four. Ideal for breakfast or for families. The kitchen refrigerator, gas range, gas oven, dishwasher, microwave, drip coffee maker, pots, pans, utensils and dishes.

This is a popular area so you may hear some noise from pedestrians at night if you leave windows open, typical for such a sought after, central location in Rome. But, close the high insulating windows and quiet reigns.