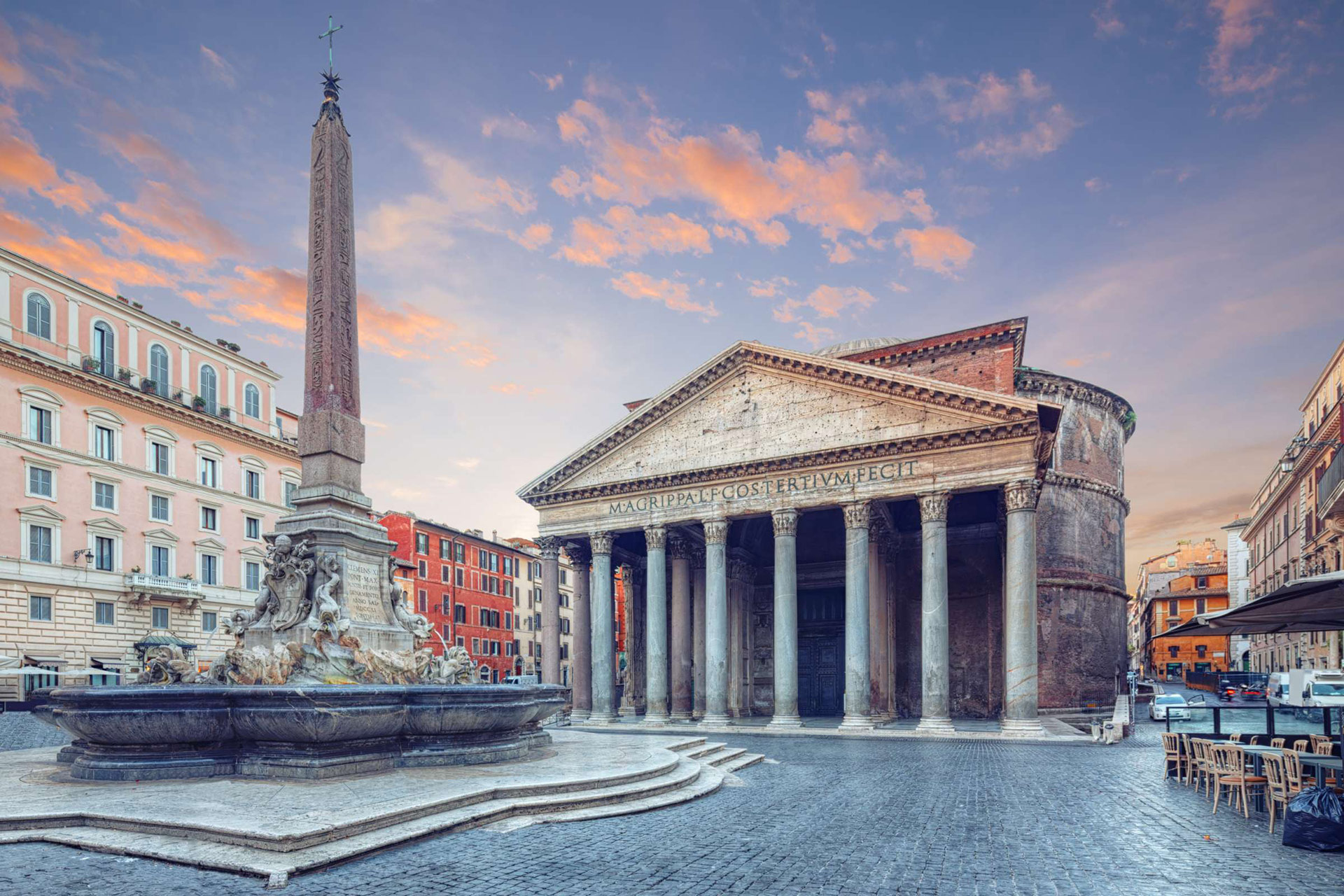 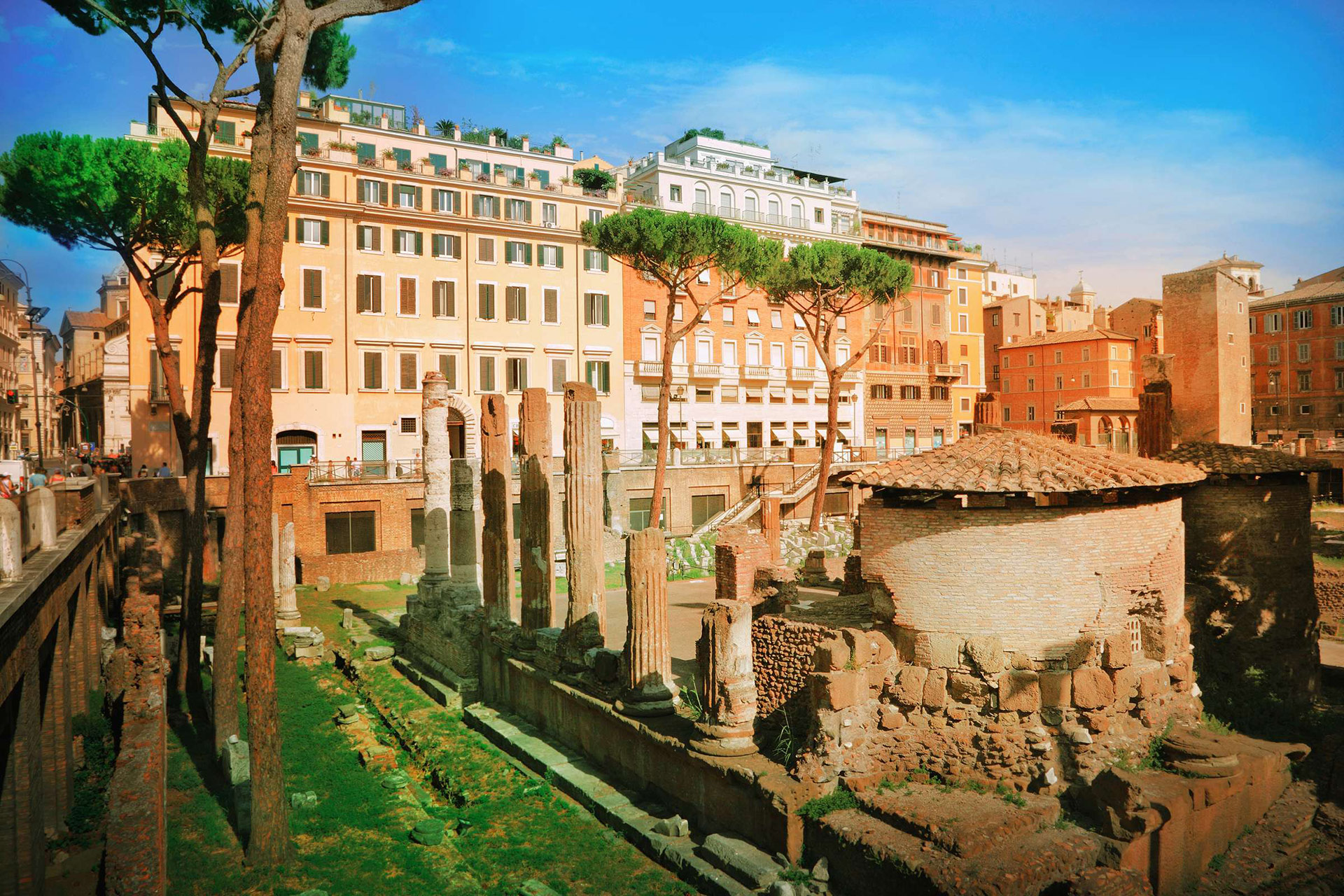 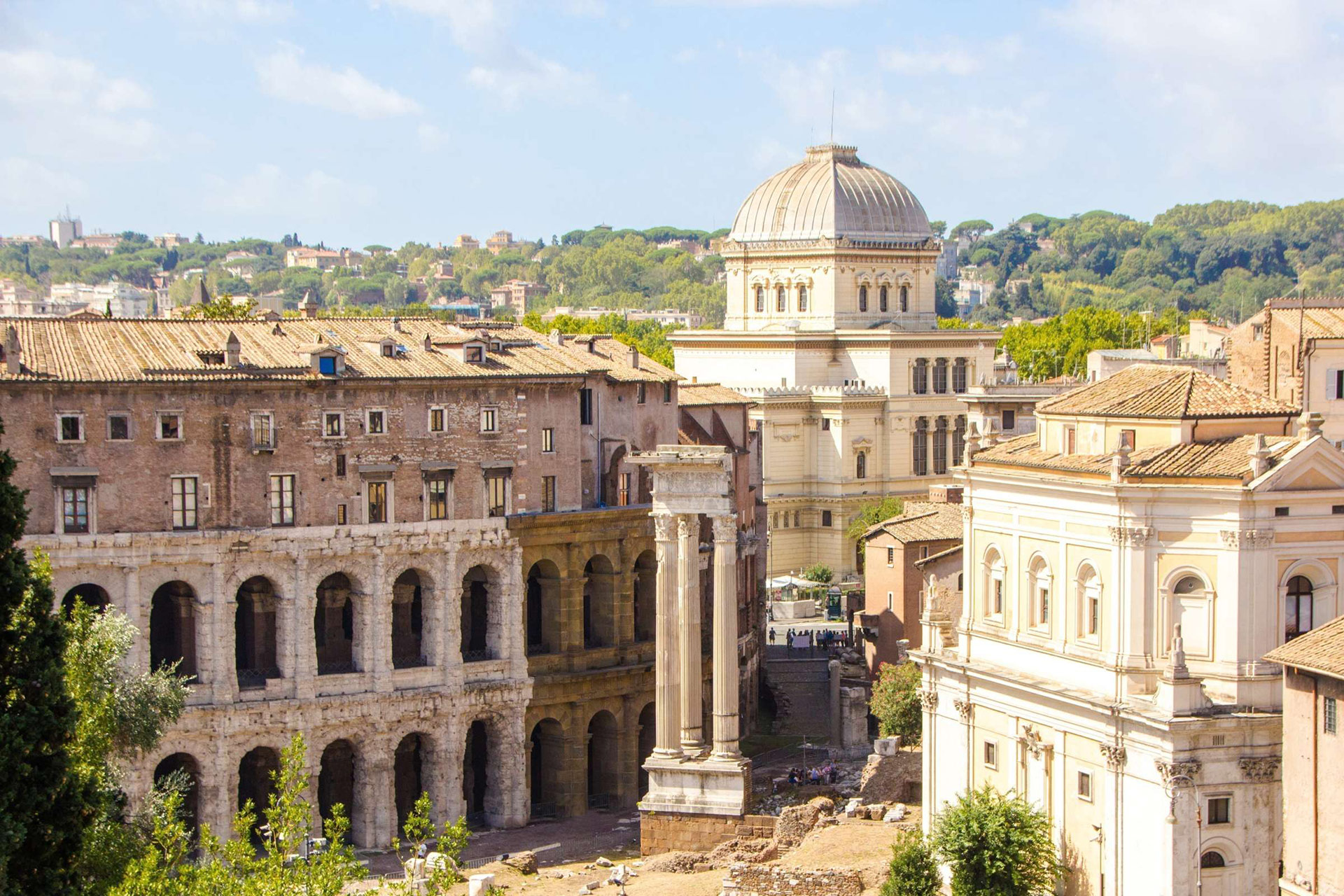 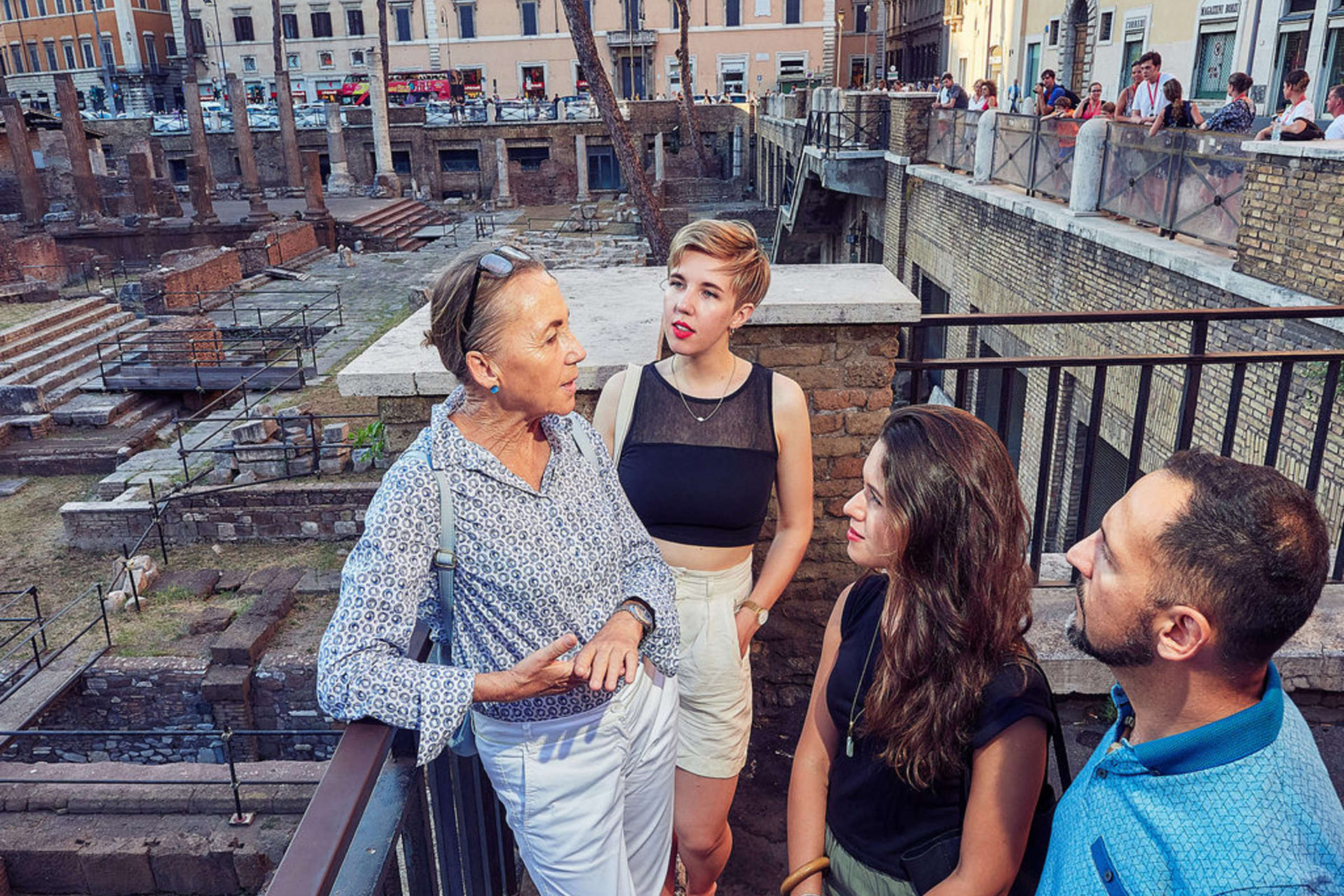 Explore the influence of Julius Caesar's rule on the Roman Empire with an expert guide.

With the death of Julius Caesar in 44 BCE, Rome entered a period of political upheaval settled only when Caesar's nephew Octavian defeated Mark Antony and Cleopatra, took control of the Empire, and claimed the title of Caesar Augustus. In this three-hour Ancient Rome tour, we will look closely at this period and how, under the influence of the first emperors, Rome rapidly developed into one of the greatest capitals of the ancient world. Along the way we will weave a narrative of power and legacy as we visit some of the most important monuments of ancient Rome, including the Pantheon, the Theater of Marcellus, and Largo Argentina.

Our tour begins at the Theater of Marcellus, originally conceived by Julius Caesar as a statement of prestige in his war of status with Pompey, but built by his nephew Augustus after his death. As one of the largest Roman theaters still standing and an amazing testament to Rome's ability to adapt and reuse its buildings throughout history, we'll use this monument as a jumping off point to lay the groundwork of our time together. Depending on our guide, who may be an archaeologist, classicist, architect, or other specialist, our discussion may take any number of paths. However, some central themes will emerge regardless: the story of the Caesars and their political adventures at the turn of the millennium, the intersection of art and power, the development of Rome as the center of an empire, and the role of city-making in history.

Our path will follow, roughly, a kind of monumental way envisioned by Augustus when remaking the old Field of Mars into a new center for the city. We'll pass many of the structures that played a key role in this, including the Pantheon, regarded during the Renaissance as the most perfect building in the world. We'll also pass the site where Julius Caesar was murdered on the Ides of March. Although Julius and Augustus Caesar will occupy much of our time, we'll also look at many other emperors and their impact on the city as they contributed to the Imperial remaking of Rome. We'll look at how architecture was employed for political ends during the Imperial Period and how one can read that history today in the standing ruins embedded in the historical fabric.

Our walk will end in the vicinity of the Ara Pacis, a museum housing the great altar of peace commissioned by Augustus to signal the Pax Romana, or period of relatively uninterrupted peace ushered in by Augustus and lasting over a hundred years. In the shadow of Augustus' own mausoleum we'll discuss the legacy of the Caesars, both real and imagined, and how successive rulers down to the Fascists of the 20th century drew on the narrative of Julius and Augustus Caesar to validate their own rule. We'll emerge with a new sense of Rome and her relevancy to issues today.