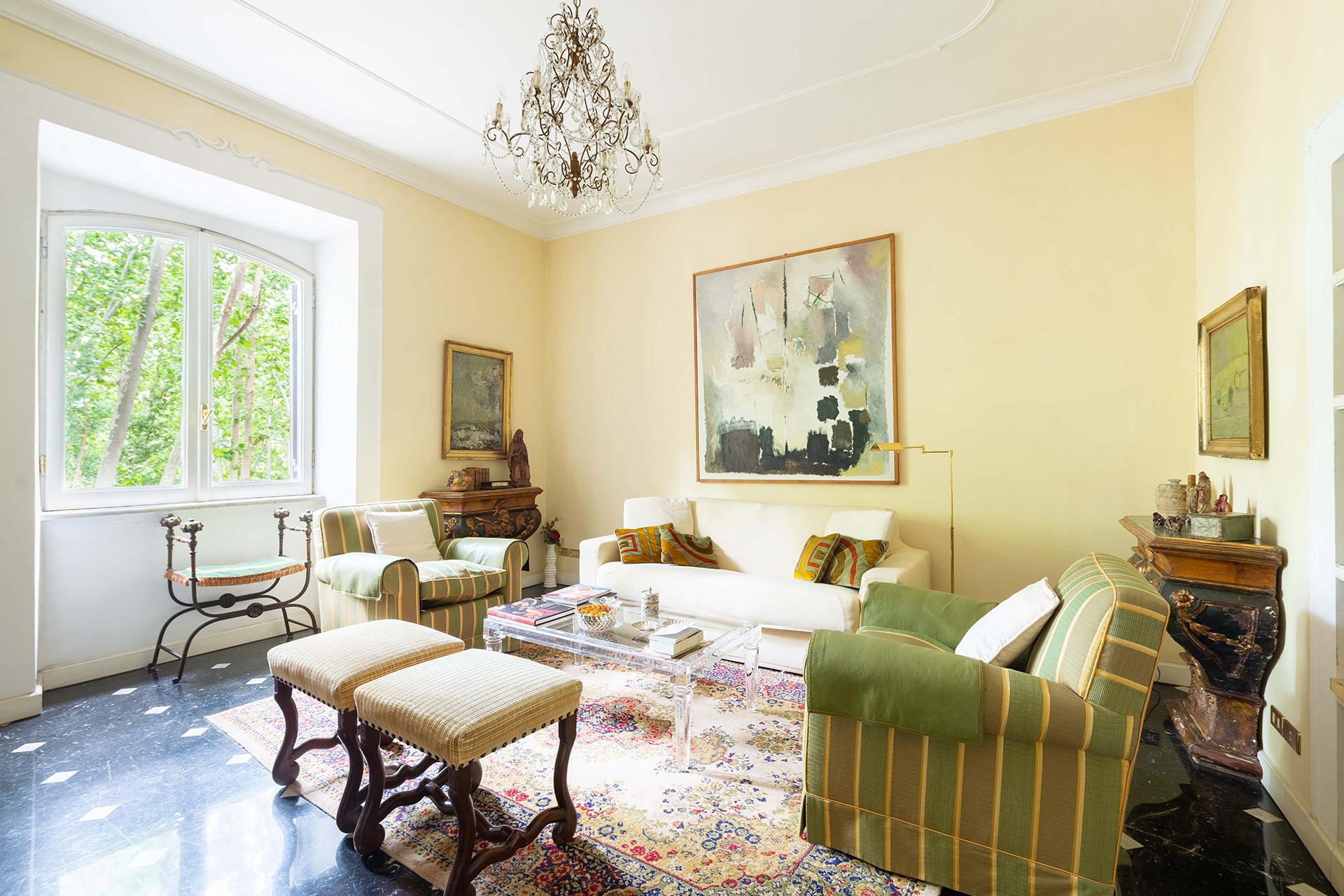 Minerva's Treasure is a gracious and warmly welcoming apartment in the most exclusive neighborhood in the center of Rome, the Spanish Steps quarter. It is decorated with fine style, beautiful art and lovely marble floors.

Situated along the Tiber river in the Spanish Steps area, it is a 5-minute walk to Piazza del Popolo and Via del Corso. There is much to see and do in the immediate neighborhood. Piazza del Popolo is the grand entrance to the neighborhood where you can linger to enjoy street life and open space that leads uphill through the Pincian gardens to the expansive Borghese Gardens. Walk along Via di Ripetta/Via della Scrofa, window shopping at antique stores, enjoy a casual dinner at PizzaRe for authentic Neapolitan pizza, spend an hour at the Ara Pacis museum to take in the splendor of the Ara Pacis, or Altar of Peace, a masterpiece built in 13 B.C. commemorating Emperor Augustus whose reign introduced two centuries of relative peace within the empire. A contrast of modern and ancient, the museum, designed by Richard Meier, opened in 2006 to much controversy about the modern style. A further contrast is the adjacent hulking ruin of the tomb of Augustus whose round, domed shape echoes the Pantheon and Castel Sant Angelo. Stroll through the Mussolini-era arcade nearby with its imposing Fascist architecture, best known for Alfredo's, where Fettucine Alfredo was invented, now revitalized to include many interesting and hip restaurants, such as Gusto, a food emporium with a restaurant, wine bar, pizzeria, and café. Find one of our favorite restaurants La Campana along the route to the Pantheon area, then indulge in artisanal gelato at Giolitti, Grom or San Crispino.

Inspired by the beautiful art in the apartment, Minerva's Treasure is named after the Roman/Etruscan goddess of wisdom and sponsor of arts.

The fine building is characteristic of this part of Rome and is a coveted neighborhood prized for its great location, easy access to both sides of the Tiber river and convenience to the subway, taxi stand in Piazza del Popolo and many neighborhood restaurants and shops.

From a large entry, enter a bright living room that has seating for all with a sofa and two arm chairs. A large window overlooks the tree-lined street that faces the Tiber river; there are no facing buildings so there is a lot of natural light. A narrow park dense with mulberry trees separates the street below from the river and the river road. Most of the year, the view is predominately the green of the trees.

The spacious entry in the center of the apartment serves double duty as a dining area with a drop-leaf table that opens up to seat four.

The kitchen is small but efficient, everything is within arm's reach. A large window faces the back, overlooking the inner courtyard and buildings across the way.